Step aside Kanda Myojin Shrine, here is the Akihabara Shrine

Kanda Myojin Shrine of Live Live fame is known as “the shrine” of Akihabara. But, tucked behind electronic stores in the heart of Akihabara lies the modest Akihabara Shrine.

This Shinto shrine opened to the public in June 2016 with the goal to create a “new power spot that corresponds to the changing landscape of Akihabara.” While on the streets of Akihabara people can easily miss this shrine. Akihabara Shrine is a small indoors shrine away from the main streets. However, the red torii can certainly catch the eye of the observant visitor. At first glance, the Akihabara Shrine looks like any other small shrine. Upon closer inspection, however, it is evident that it is not like any other.

Figures line one wall of the shrine, and on the opposite side prayer plaques covered with manga-esque illustrations line the other. The Akihabara Shrine offers memorial services for beloved figures as well for a nominal fee.

For those who want a souvenir, the shrine offers a wide array of amulets (omamori). The overlarge omamori is meant to bring good luck and prosperity to Akihabara. Miko at the shrine recommends the Gijutsu Jōtatsu (技術上達) omamori to artists, writers, and anyone else involved in the creative industries. “These amulets have really worked for those bought them,” according to one miko at the shrine. 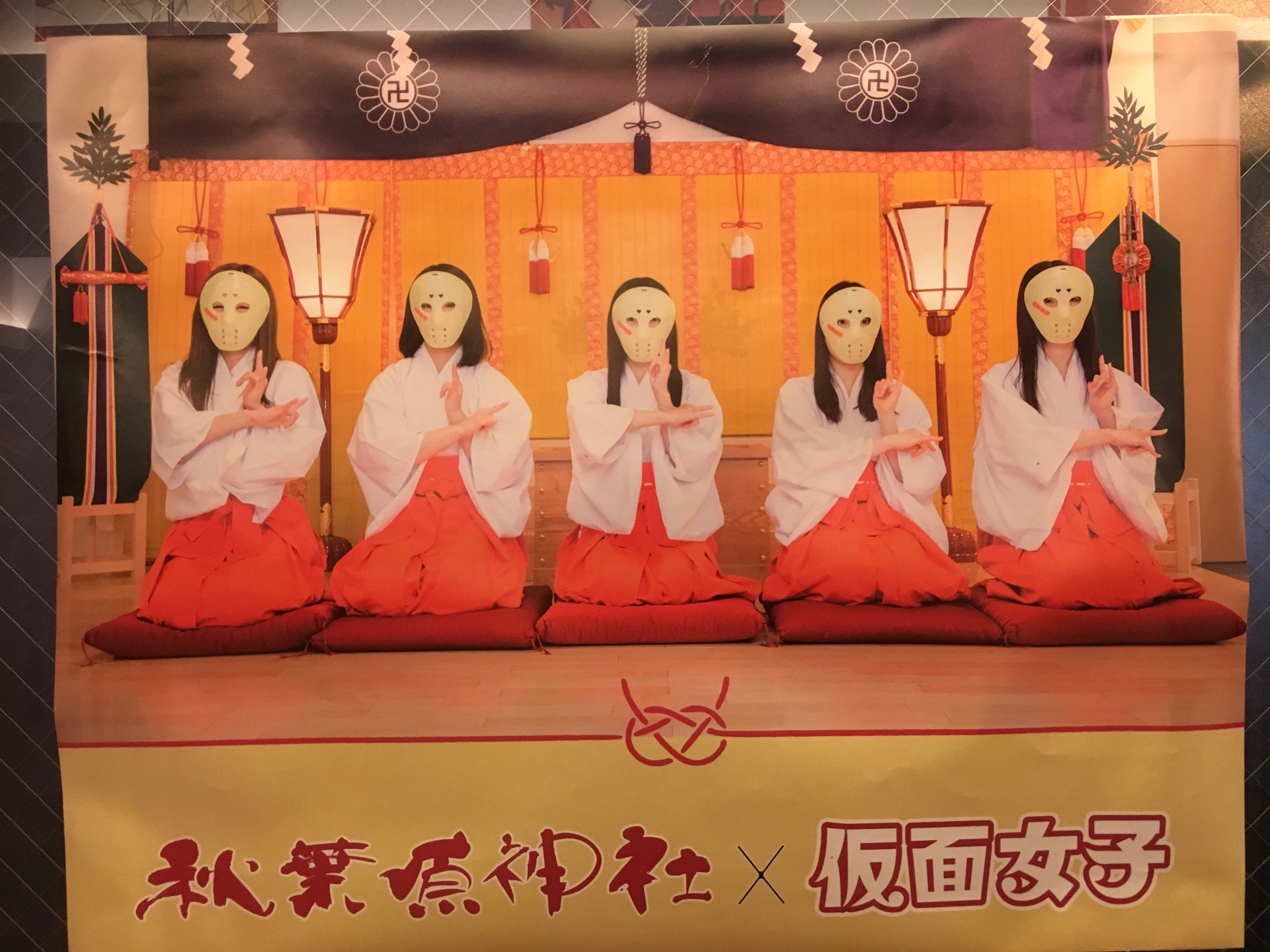 According to its official website, the shrine recognizes the importance of traditional Japanese culture and that Akihabara has become a sacred place for otaku and a hub for Japanese subculture. Though still a relatively young Shinto shrine, the Akihabara Shrine brings together the “traditional” and the swirling pop and subcultures of Akihabara.