The Life of an M-Cup Japanese Gravure Idol INTERVIEW 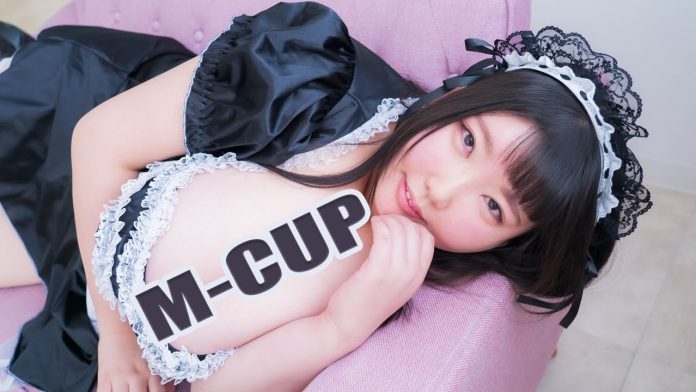 We had the chance to visit this video-game loving idol while producing content for Studio Zoom in Tokyo. From her favorite anime to how she got her start as a gravure idol, find out all about this former nursery teacher in our video below!

While you might know her from the Oppai Drink Cafe, Momose Momo (ももせもも) has a large set of hobbies apart from her gravure idol stardom. When she isn’t spending her time taking sexy photos, you can usually find her doing cosplay or sinking hours into her favorite video games.

Those video games, in fact, could even be what started her career as a gravure icon.

“I’m not sure if people abroad know about this,” Momo tells us, “but there is an anime called Aikatsu. It consists of idol voice actors who sing, and this anime is loved by many girls. I was a big fan and went to Osaka and played their arcade games in Nipponbashi, which is kind of like Tokyo’s Akihabara. And on the way to the game center, a guy who is now my manager approached me.”

And with almost 200,000 followers on her Instagram alone, that chance encounter paid off. But it wasn’t a decision that she took lightly — waiting a whole three years before she gave her answer.

“Abroad there might be many girls with my body type, but in Japan it’s very rare,” Momo says. “I wasn’t sure if people would appreciate my appearance, but eventually I mustered up the courage and decided to give it a try!”

While even busier now with regular DVD and photoshoot projects, Momo Momose still makes time to do what she loves most, regularly streaming gameplay on her YouTube channel.

Though it’s not all fun and games when it comes to standing out — sometimes, it can lead to unexpected consequences.

When asked about whether or not people riding bikes have ever crashed from staring too hard for too long, Momo told us, “Yeah, that happens. Such things started happening a while ago, and recently an old man fell off of his bike. It happens a lot!”

Luckily, you can stare as much as you’d like without the fear of falling with Momo Momose’s new maid cosplay photoset and video!

Want to learn more about this legendary idol? Click here to watch the full interview, or click here for Momo Momose content not found anywhere else!