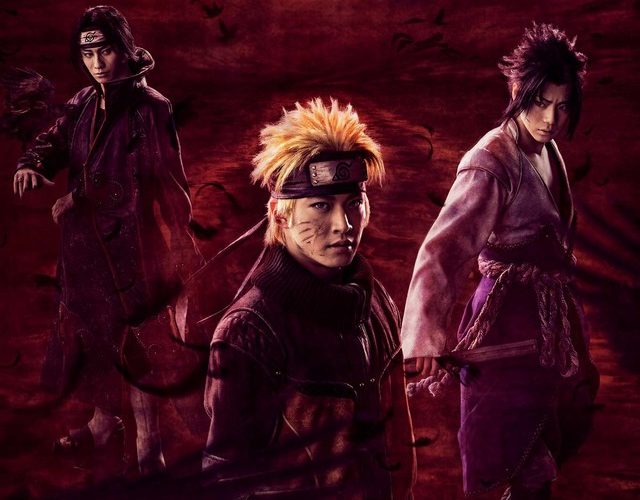 The rerun of the Live Spectacle Naruto: Song of the Akatsuki, just revealed new visuals as well as more images of cast in costume. 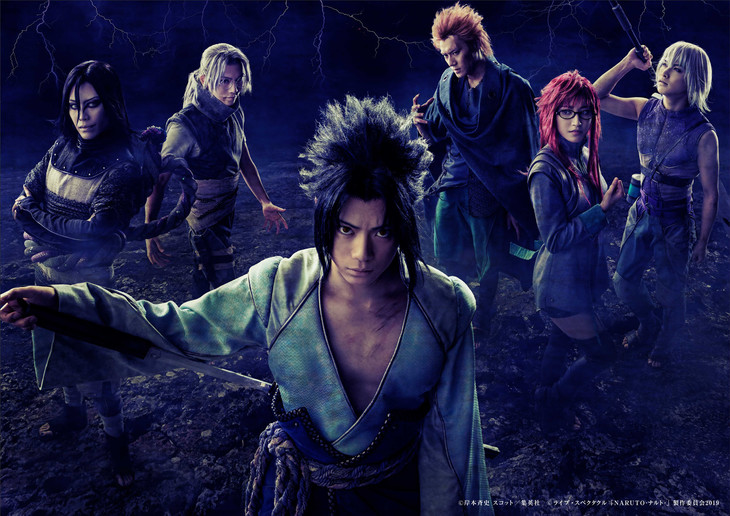 The new visuals feature Sato Ryuji as Uchiha Sasuke in the center, surrounded by Yumi Hiro as Orochimaru and Okada Ryosuke as Yakushi Kabuto, along with Team Hebi members Hagio Keishi as Hozuki Suigetsu, Nanaki Kanon as Karin, and Yamaguchi Tomoya as Jugo. 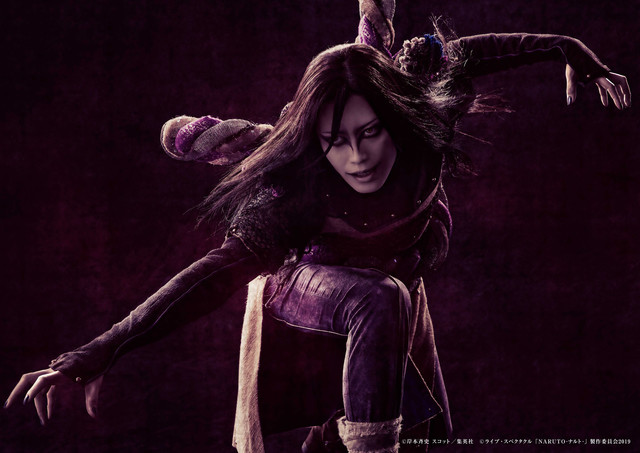 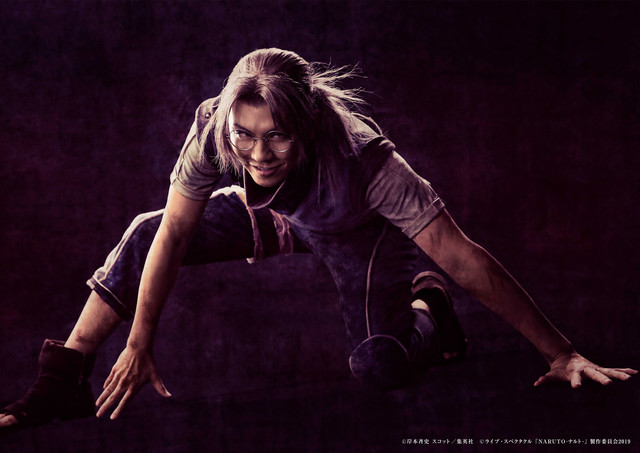 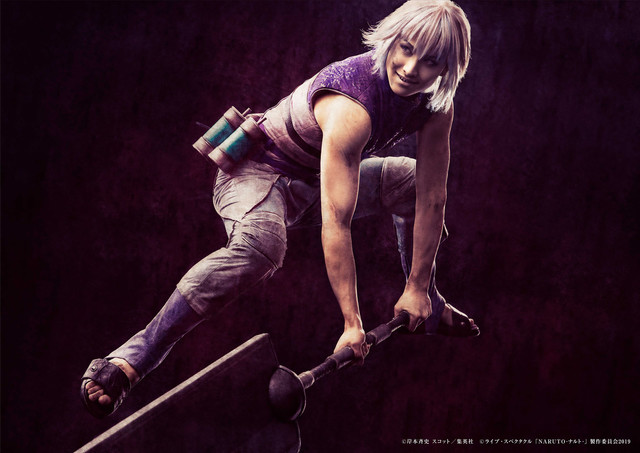 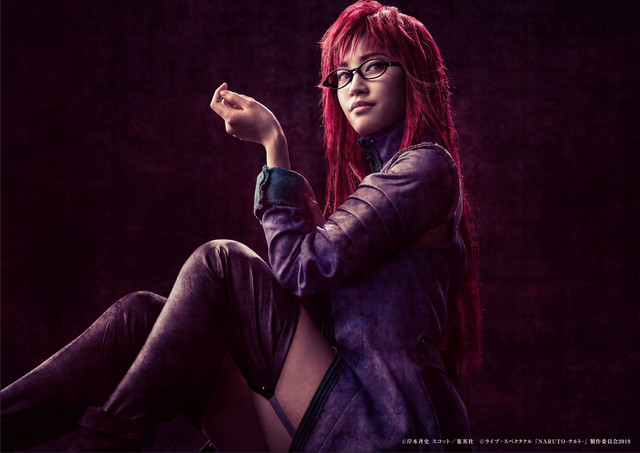 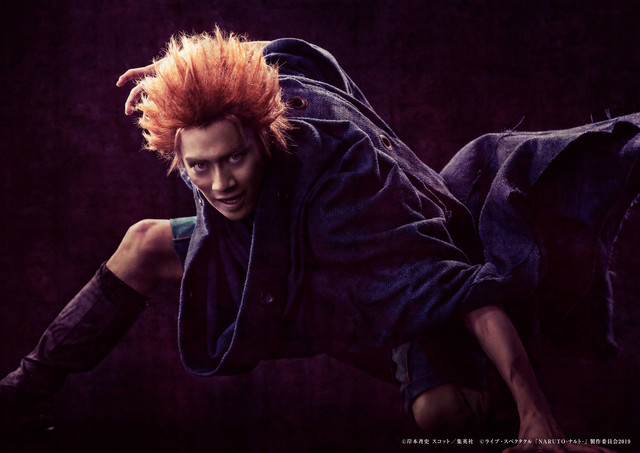 Live Spectacle Naruto: Song of the Akatsuki had its original run in the spring/summer season of 2017. The original play debuted in 2015. Kodama Akiko, ex-Takarazuka director, is once again writing and directing the stage musical.

The rerun of Song of the Akatsuki begins in Osaka from October to early November before it heads to Tokyo for the remainder of November until December this year.