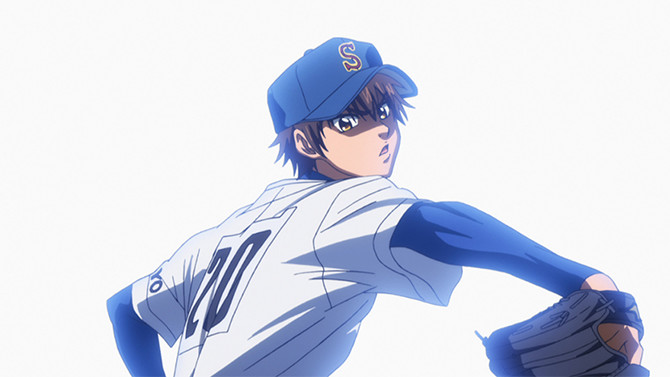 How to Analyze Baseball Anime: The Ace

The first thing you should know about Japanese baseball is that the pitcher is the center of everything. Not only do pitchers tend to be the biggest local baseball celebrities but also the most accomplished Japanese players internationally (Ichiro notwithstanding) overshadow even the most beloved pop idols. As such, it makes sense the main character in just about every major baseball anime happens to be a pitcher.

Apart from their shared position on the diamond, the MCs in most baseball anime also share similar personalities: confident, aloof, skeptical of authority, and ultimately kind-hearted. These traits are so ingrained that they have crafted the ace pitcher as an accepted anime trope itself, remodeled only slightly over the years from pitcher to pitcher. As the ace of the team and the aces of their respective shows, these MCs drive their stories with charm, competitive spirit, and timely breaking balls.

Here’s a breakdown of some of anime’s most popular aces:

The standard by which all aces are measured, Tacchan is perhaps the most beloved MC in all baseball anime.

Talent – Natural ability – Whether it’s baseball, boxing, or track and field, Tatsuya can wake up 5 minutes before a match (and often does) and be the best on the field

Best friend – Matsudaira Koutarou – Loves pork buns and Minami, but knows his place and can hit it far if he gets his bat on the ball.

Rival – Nitta Akio – Tatsuya says his brother is his only rival, but let’s be real.

Motivation – To get Minami to the Koshien. Because he loves her.

Exception to the trope – Tacchan genuinely cares more about others than himself.

As the second of three anime aces from popular mangaka Adachi Mitsuru, Hiro shares his face and many other traits from his predecessor Tacchan.

Talent – Natural ability – He puts in a little more work than Tacchan, but their skill levels are pretty much equal.

Motivation – To get to Koshien, of course.

The somewhat reluctant but ultimately powerful pitcher takes the hill as one of anime’s only female ace MCs.

Rival – Izumi Himuro – The daughter of Kisaragi Girls School’s president stands in Ryo’s way despite them sharing a place on the diamond.

Motivation – the love of the game – Ryo just wants to throw.

Exception to the trope – She’s a girl! Also, she’s not super competitive.

Nothing about the ace trope applies to the super timid and fearful Mihashi. He is the exception to every rule.

Talent – accuracy – Mihashi can pitch wherever his catcher wants him to put it.

Best friend – If you asked Mihashi, he would tell you he doesn’t have any friends, though anyone he knows would be happy to consider him a friend.

Rival – Mihashi doesn’t really hate anyone, though he is afraid of everyone.

Motivation – To stay on the mound – It’s the only place he finds peace.

Exception to the trope – Where to begin…Mihashi isn’t confident. He isn’t naturally gifted. He doesn’t make his own decisions. He’s afraid of literally everything. And where most pitchers simply get along with their catchers, Mihashi probably wants to cuddle with his. He’s basically the anti-ace.

As one of the few seinen aces, the compulsive gambler Tokuchi straddles the line between ace and anti-hero.

Talent – guile – Tokuchi doesn’t have much of an arm, but he’s able to strike out the best professional batters using only his wit.

Rival – Anyone who’s not him

Motivation – gambler’s thrill – Tokuchi will intentionally sabotage a situation just to increase the challenge, even at the expense of his teammates’ blood pressure. He doesn’t even want the money!

Exception to the trope – Tokuchi may be blond and magnetic, but it’s hard to call him popular or likable.

Adachi’s most recent anime ace recycles a softer side of spiritual siblings Tatsuya and Hiro.

Talent – love – Kou doesn’t care much about sports, but will happily pursue them for the people he loves.

Love interest – Tsukishima Wakaba/Tsukishima Aoba – Not as complicated as it looks, trust me.

Motivation – To pitch a 160 kilometer per hour fastball for Waka-chan.

Exception to the trope – Kou cares only to get to Koshien because of the Tsukishima family. If it were up to him, he’d play baseball only recreationally, if at all.

Talent – a freaky-deaky windup – Every batter who underestimates Sawamura will comment on his windup when they see the first pitch.

Love interest – I don’t know, Aotsuku Wakana, I guess? There isn’t much romance in the show.

Best friend – Kominato Haruichi – He basically exists to set up Sawamura’s punchlines and field his grounders.

Motivation – To become the ace of the staff.

Exception to the trope – For a shonen as conventional as Ace of Diamond, it’s surprising that its MC Sawamura spends most of his time as a relief pitcher. This does allow the audience to witness his growth, however, and gives Sawamura a unique goal that few other ace MCs need to reach.

The most recent and potentially most intriguing, but certainly the least popular, of the anime aces.

Talent – tenacity – No one goes at it with as much focus as Harada.

Love interest – no one – I’m not sure Harada is capable of love.

Best friend – Nakagura Gou – Because someone has to be.

Motivation – To stand on the same Koshien mound as his grandfather once did.

Exception to the trope – Though it seems Harada is a conventional ace MC, his potentially autistic tendencies give him a much more nuanced personality than the surface level might suggest.

Not every baseball series revolves around a pitcher, however. The very good Taishou Yakyuu Musume (Tokyo Baseball Girls) follows Suzukawa Koume’s journey as a catcher, while the less good Moshidora tells Kawashima Minami’s experience as an unconventional team manager. But these are the exceptions. If you want to tell a good baseball story in Japan, it’s best to start on the mound. 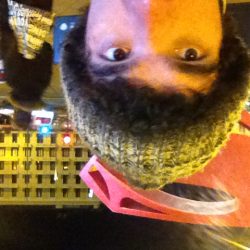