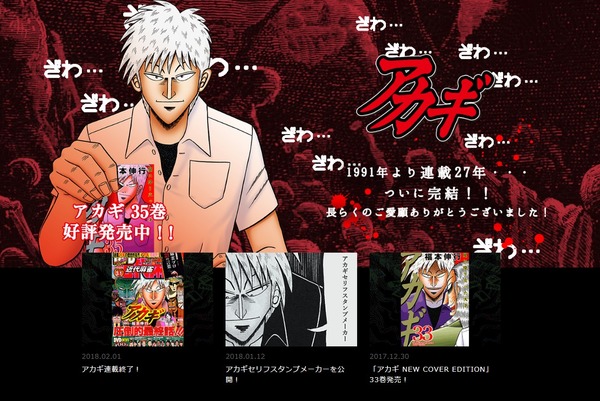 “Akagi” is one of the many works of gamble manga by Fukumoto Nobuyuki, starting its serialization from 1991. It depicts the Mahjong life of Akagi Shigeru. The latest installments of the TV Drama, which has seen three years of absence, will begin airing from May 25th. The TV Drama will also depict the last battle.

It took almost 20 years for one of its battle series to complete. In February 2017, it was announced that the last installment was to be released on February 1st 2018.

Shokugeki no Soma Manga to Conclude in Three More Chapters