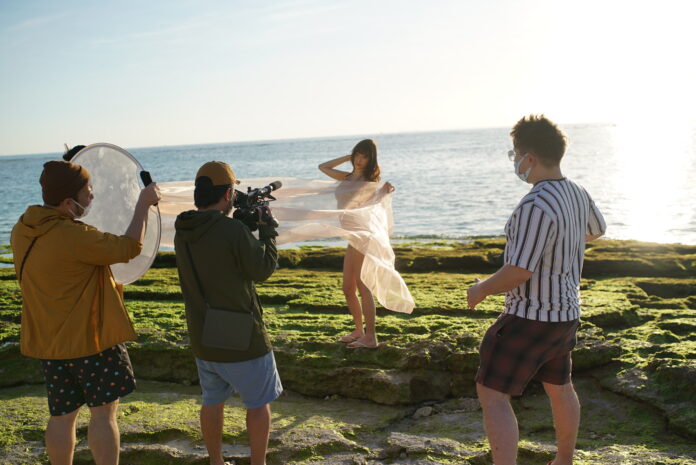 Recently one of our YouTube co-hosts, Fay Prince, got an offer from a Japanese production company to produce a gravure DVD in Okinawa. Gravure refers to gravure idols, Japanese models who appear in magazines or photobooks which highlight the model’s sexual attractiveness. Hired to help with translation and with the intent to produce a behind-the-scenes video we hopped on a plane to the beautiful beaches of Japan’s southern island, Okinawa. 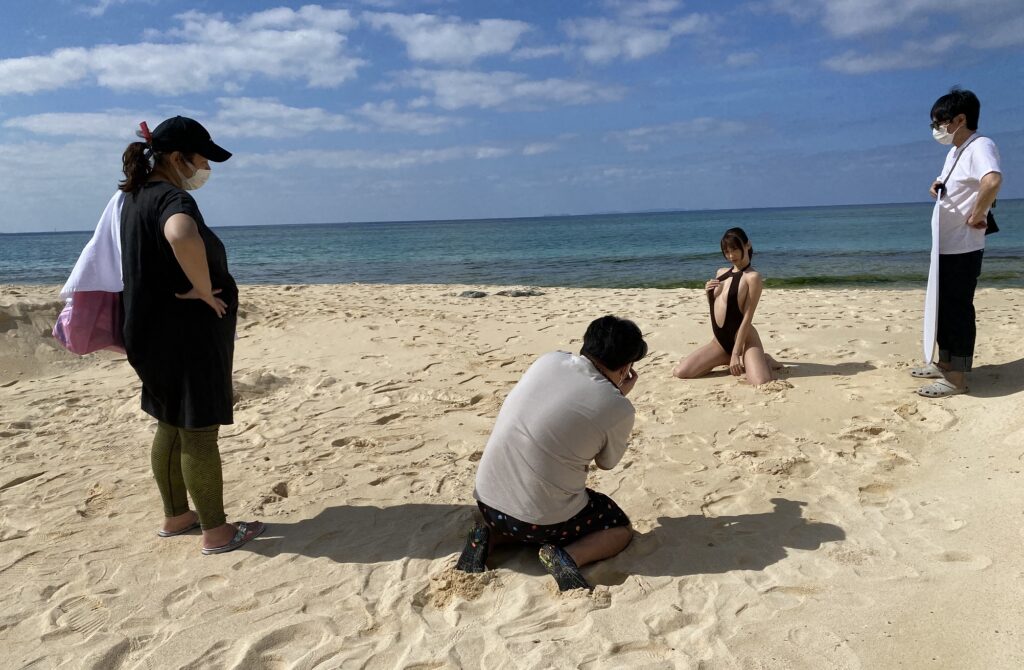 Planning for a 3-day shoot, the company reserved a resort hotel by the water with easy access to the beach. Starting each day at 6am, Fay would prepare with a make-up artist and get dressed in outfits pre-chosen for her. With the make-up artist, their crew consisted of a producer, a photographer and the video director. The two cameramen would alternate between taking video and photos at different locations around the resort. 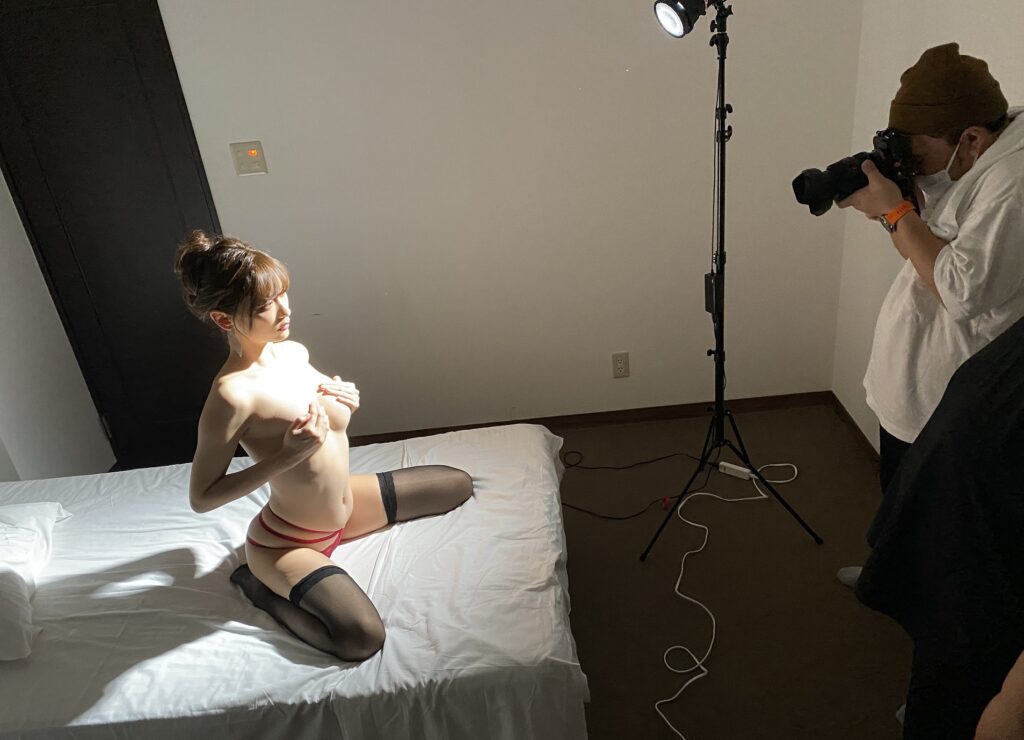 Despite it being February, a low travel season, the weather was sunny every day. The beach was a public location so we would occasionally get passersby walking along the water. Fay’s outfits were particularly revealing so the crew would block her from sight using big light reflectors until the beach was clear again. 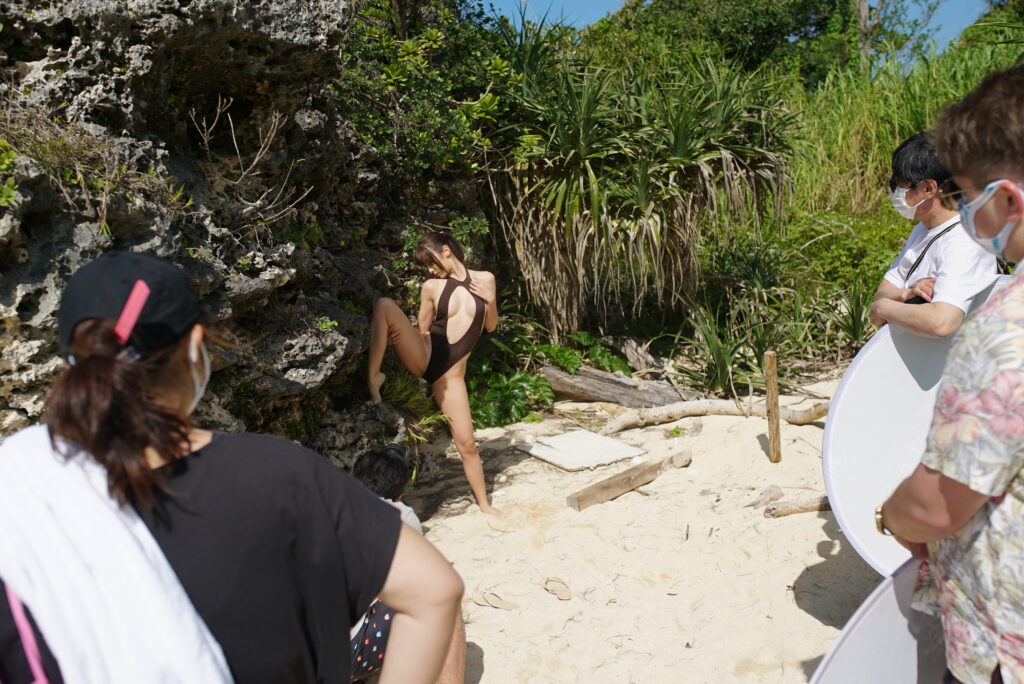 Both the photographer and video director seemed very used to shooting gravure style content, telling Fay to pose this way and that. The director said he has been shooting gravure for 15 years. Taking out a bottle of some indistinct liquid, the Japanese director said in English, “It’s oil time!”. A typical thing used in gravure productions is when the model’s body is covered in oil so that her skin glistens in the light. 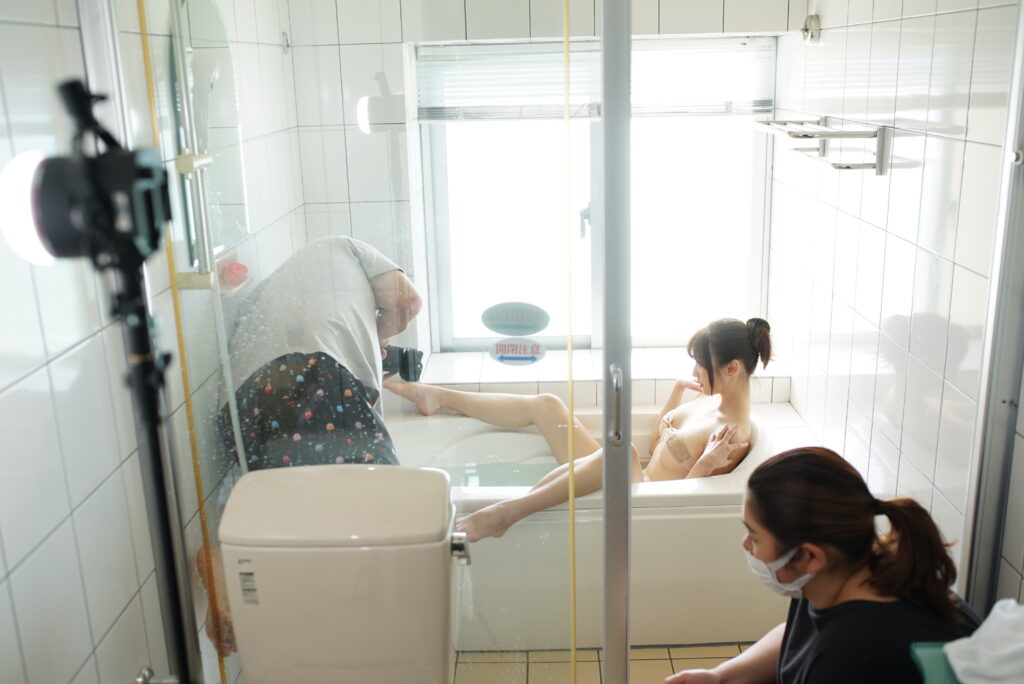 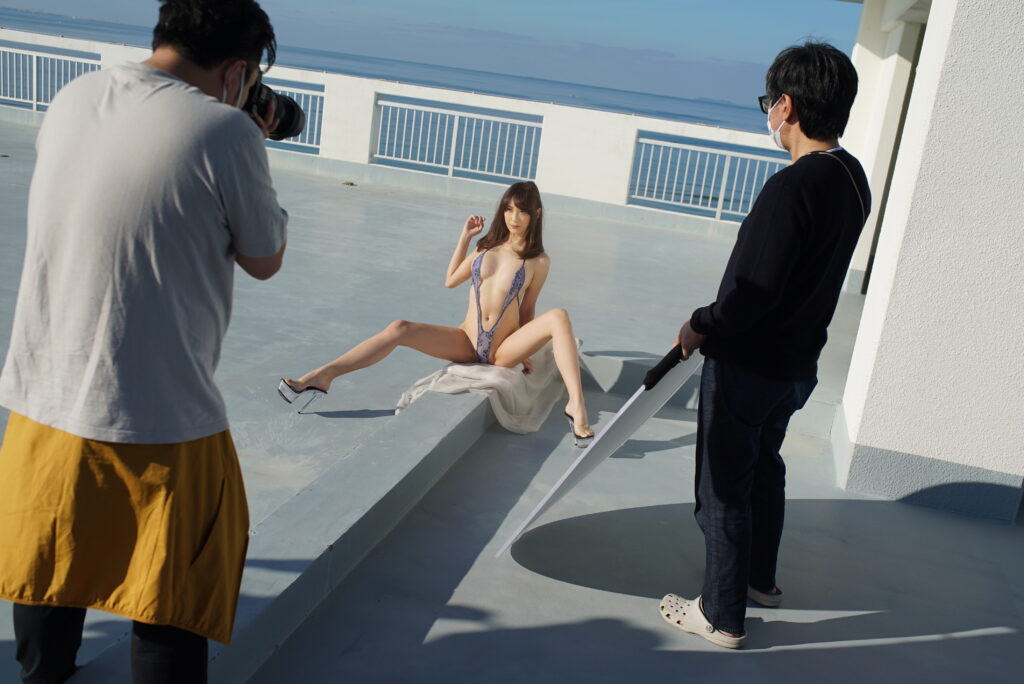 “The most important thing for a gravure idol is ambition…that the model is really serious about doing gravure.” -Producer

By the afternoon of the third day the shoot was complete. In total they shot 9 different outfits with enough footage to make a 70min DVD! After returning to Tokyo the cameramen got to work on editing and deciding which photos to use for the cover of the DVD. After several weeks of production the DVD was released online and in stores across Japan. 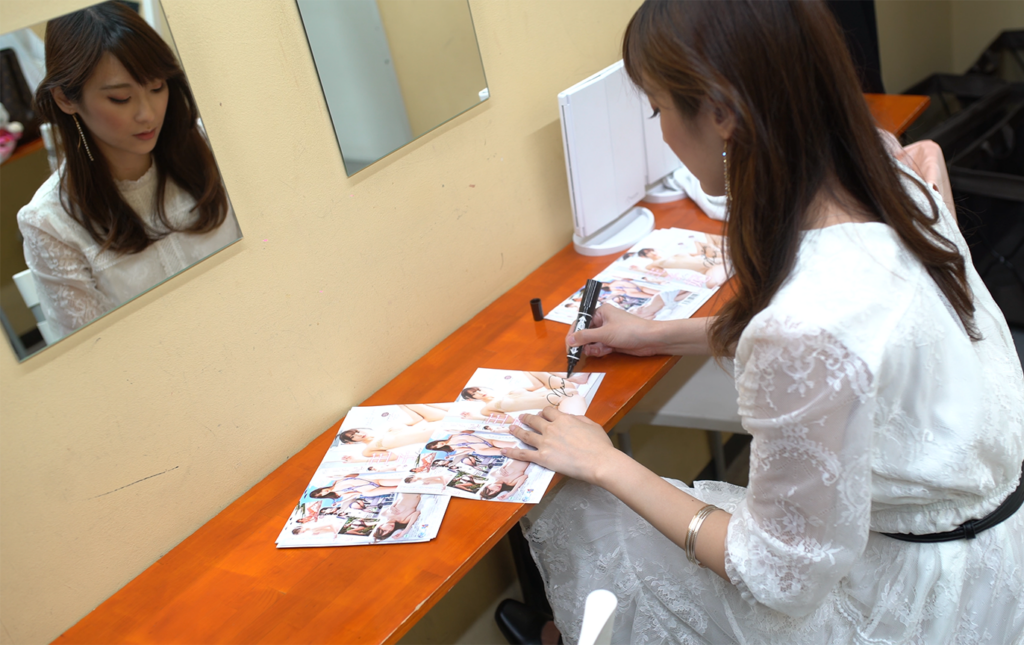 To promote the launch of the DVD Fay also had a meet & greet event in Akihabara. Fans could buy her DVD for the opportunity to attend, take some photos of her (in a skimpy outfit) and even get some polaroid photos taken together. Several media outlets also came to take photos and interview her. 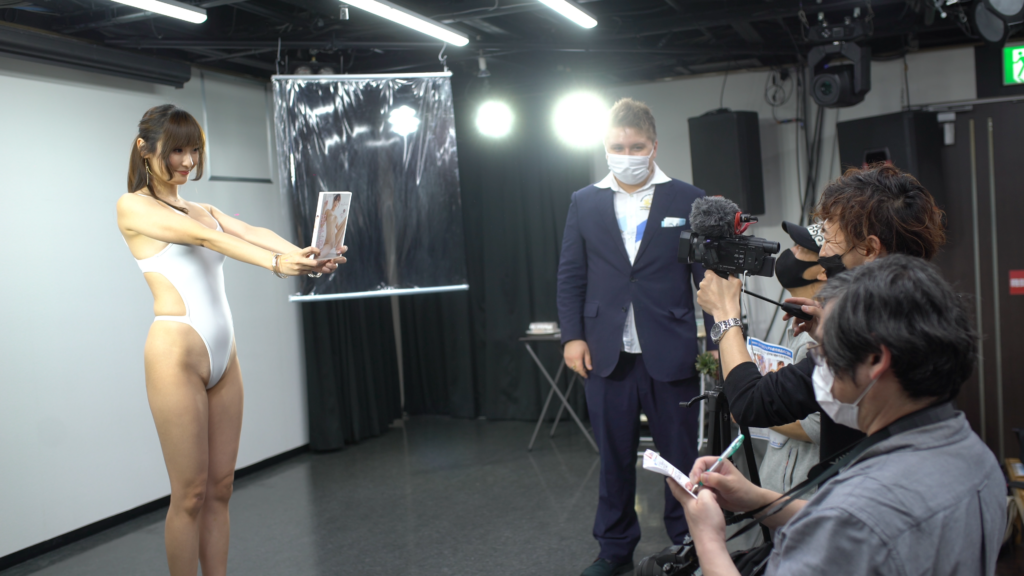 “I used to attend these kind of events when I first moved to Japan. Now I’m backstage as a manager!” -Tristan

If you’d like a more comprehensive look at the making of  gravure DVD in Japan, feel free to check out our video about the process. 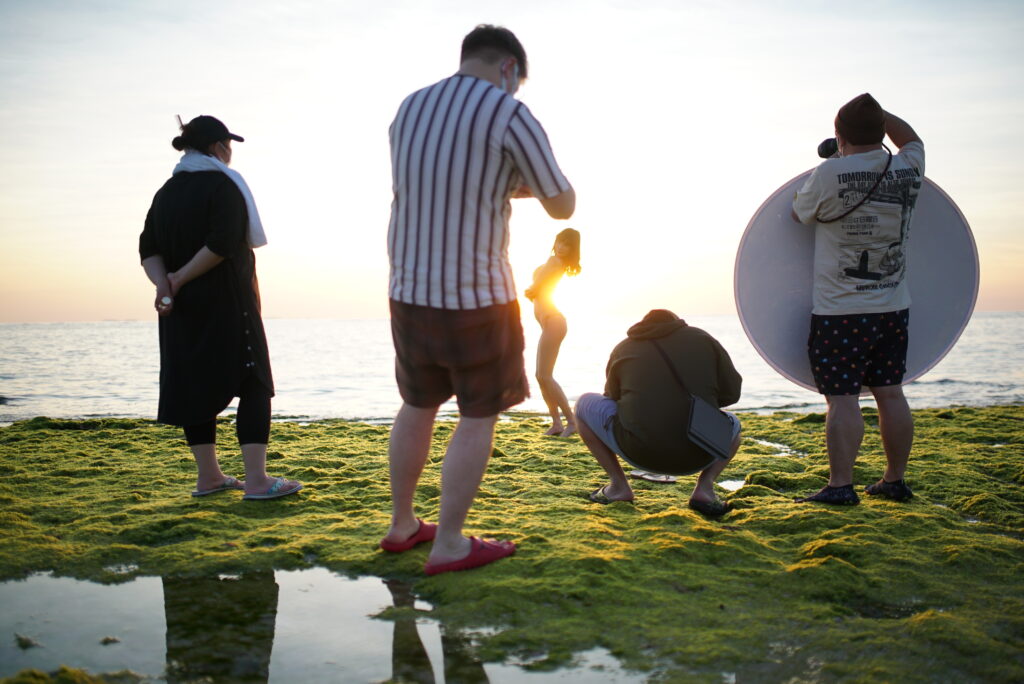 Fay’s DVD will also be available soon in our online shop for international fans.