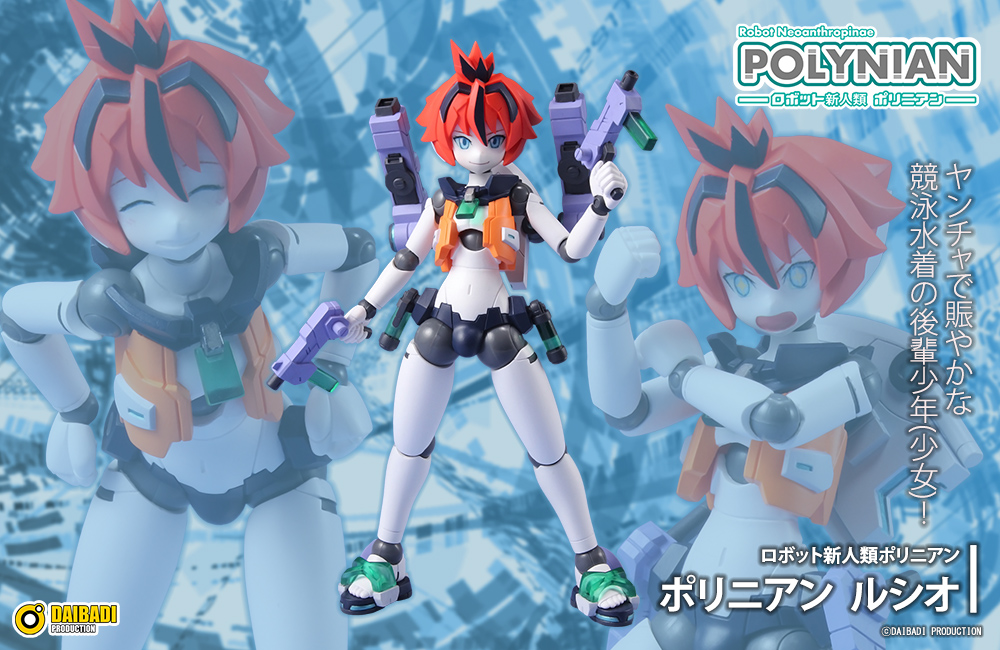 The Polynian Rucio figures are slated for release in November. Milestone lists the price of each figure at 6,100 yen ( tax not included ). Preorders of these figures close on June 12. More information about these figures can be found on Milestone Inc.’s official website.

Around Akiba published a feature on DAIBADI PRODUCTION’s Polynian for those who are new to these line of figures. Be sure to check it out!

Fans can adjust the Polynian Rucio figure in a variety of poses. DAIBADI PRODUCTION’s line of figures is perfect for the person who loves photo suits and giving shape to their imagination.

The accessories that come with the Polynian Rucio highlight the detail of figure.

According to Play-Asia.com, the following are included with the Polynian Rucio figure.

Milestone Presents: What is AK-GARDEN?