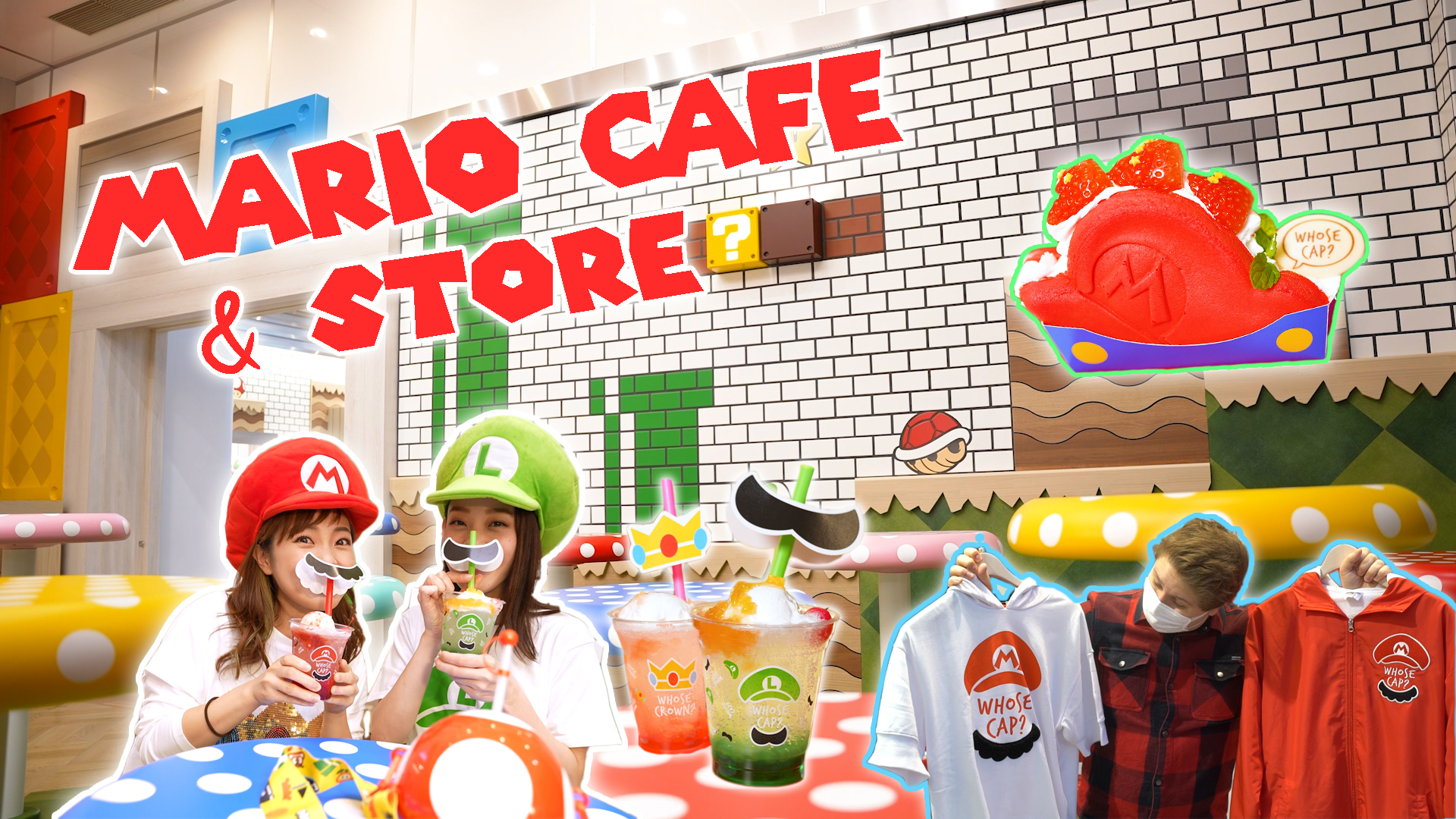 An inside look at the Mario Cafe & Store at USJ 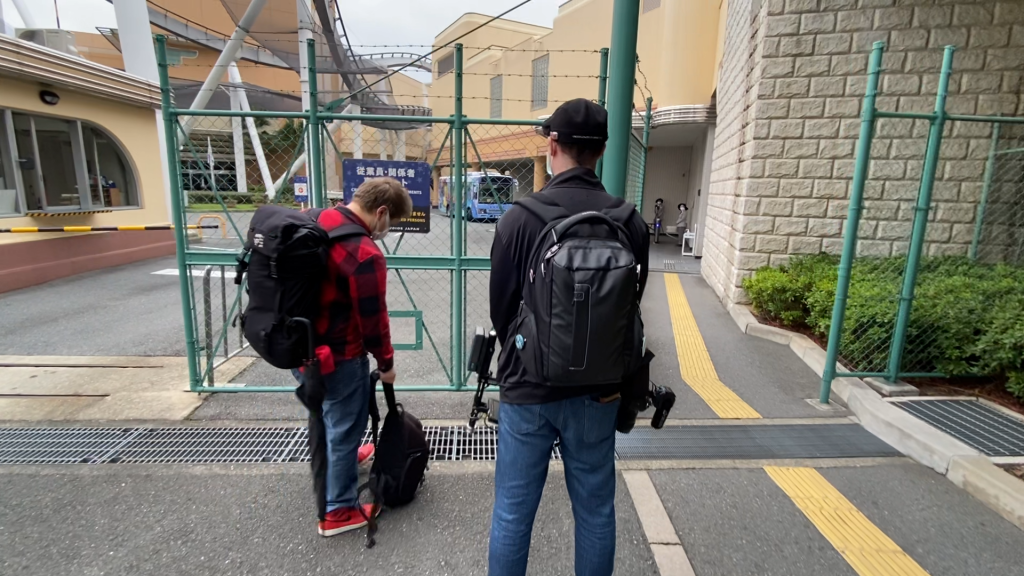 It was 8 am and the crew stood in front of the staff entrance to get An inside look at the Mario Cafe & Store at USJ (Universal Studios Japan). The mission of the day: film an introductory video for the new Mario Cafe & Store that just opened in Osaka.
Around Akiba received official permission to cover the new attraction as press. The park wasn’t open yet and a marketing agent met the crew. Afterwards he lead them through the office building and outside to the location of the cafe and store. 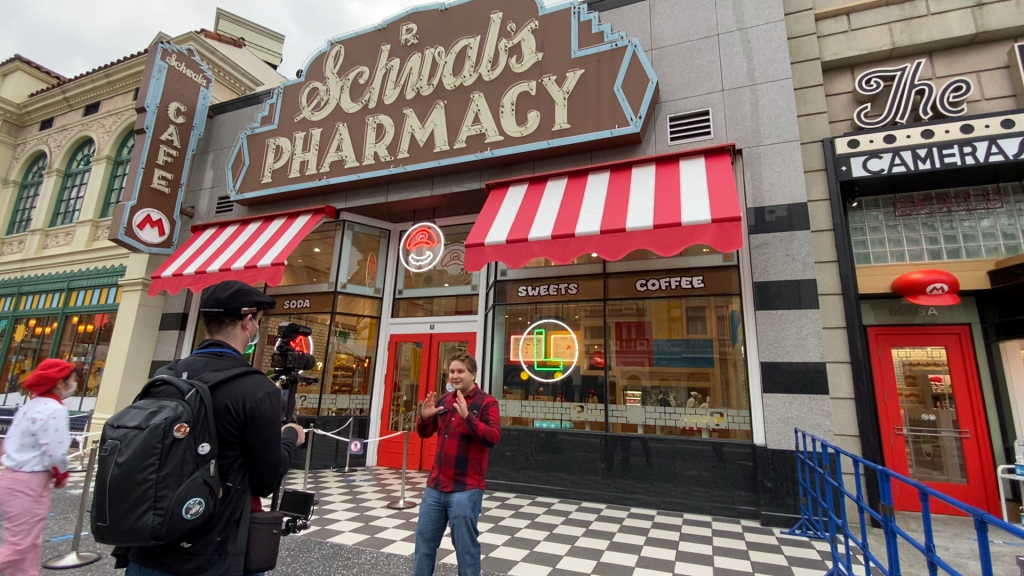 The exterior of the cafe had lit up Mario and Luigi neon signs and the words “coffee” and “sweets”! They were written in familiar Super Mario font covered the windows.
Although a little hidden under a giant pharmacy sign, the place was clearly a Mario themed store. 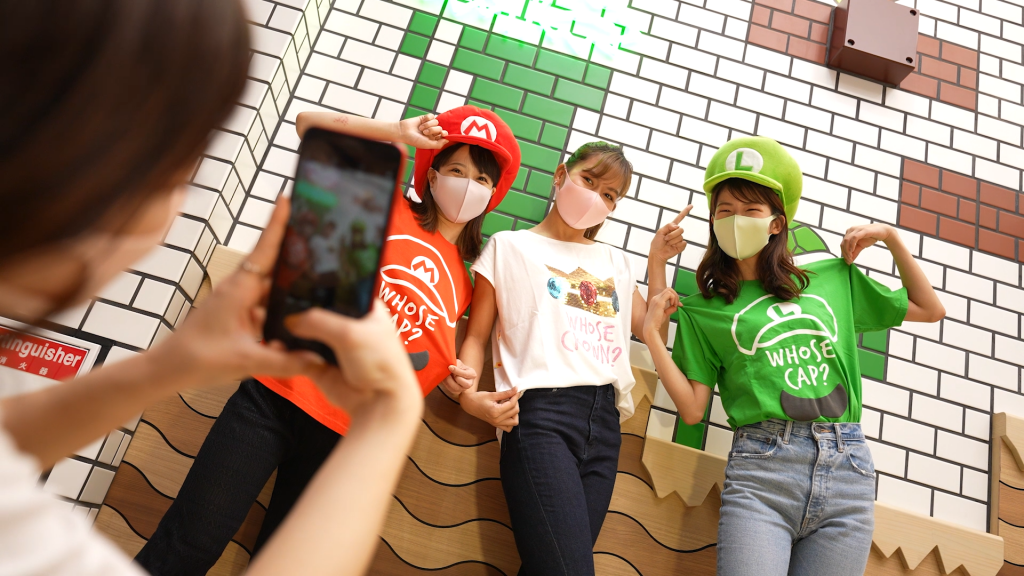 First, we went inside the cafe part of the store. the decor was quite nice with Super Mario World decorations all over the place. Moreover the brick wallpaper style included turtle shells, life-up mushrooms, pipes, and question mark boxes. A particularly cool piranha plant neon light hung on one wall. Making their way to the cash register, which was lit up with a golden coin light, they could check out the menu. 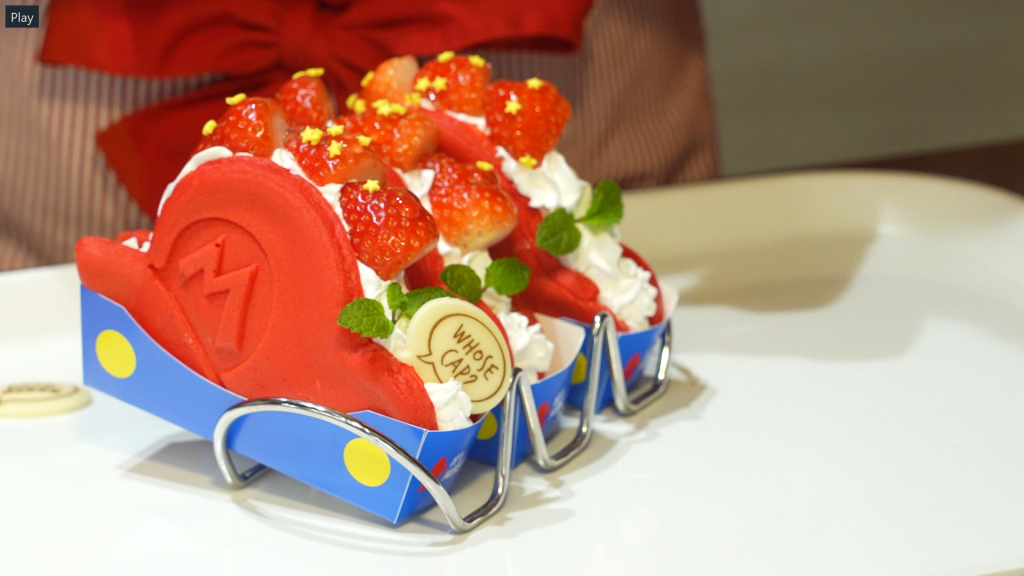 The marketing team gave them permission to try 1 of each food and drink. There were 2 desserts to choose from: Mario’s Cap Strawberry Shortcake and Luigi’s Cap Grape No-Bake Cheesecake.  They were shaped like hats and had sweet fruity fillings. Choosing a colorful mushroom table they set up their camera equipment and went to work! As host, Tristan got to be the taste-tester for the day and give his personal review of the flavor and appearance. 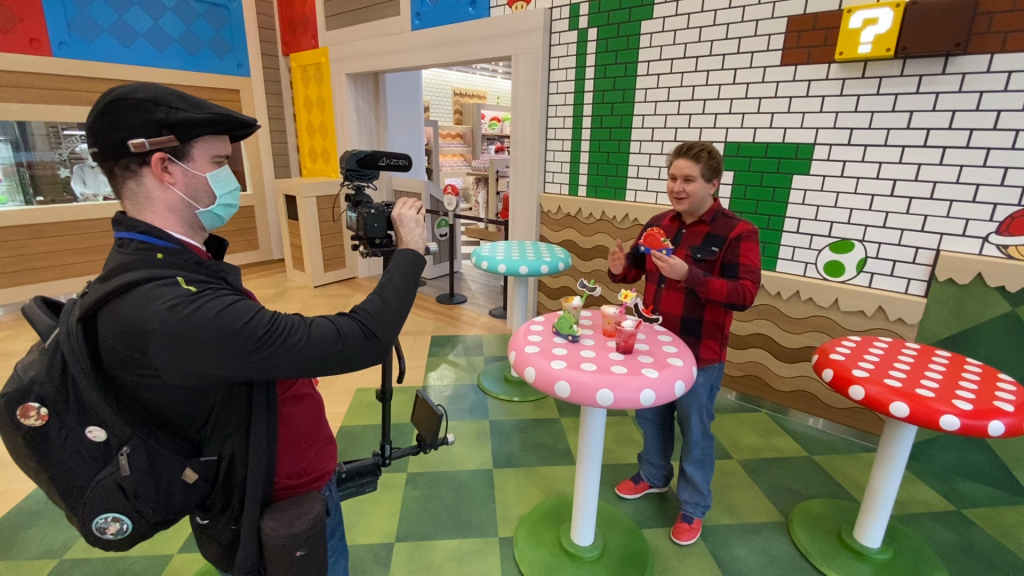 As for drinks, there were 3 Italian Cream Sodas to choose from: Mario’s Strawberry Soda, Luigi’s Green Apple Soda, and Princess Peach’s Peach Soda! On top of that, the Mario and Luigi versions had straws with mustaches on them and Peach’s included a cute crown. 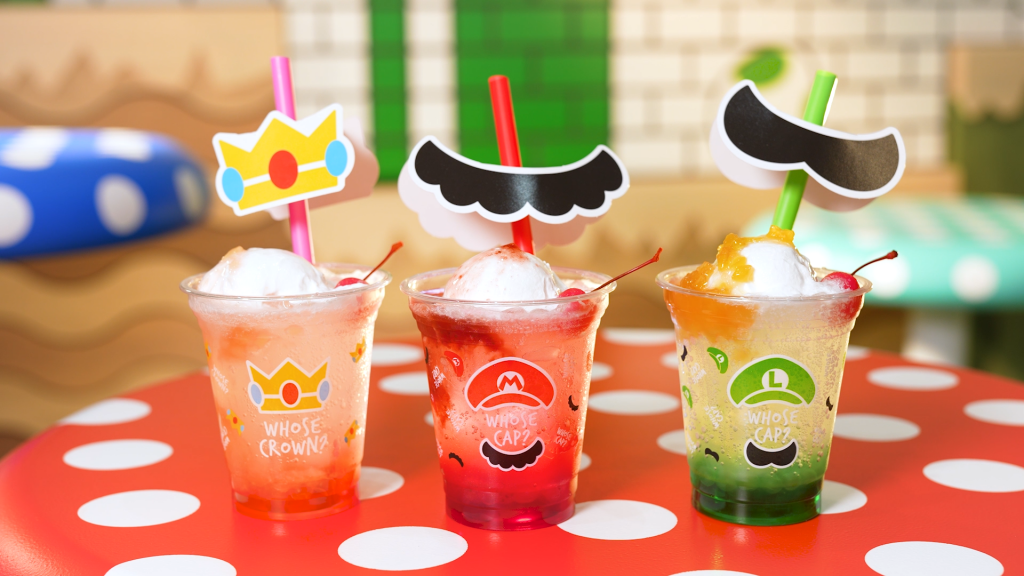 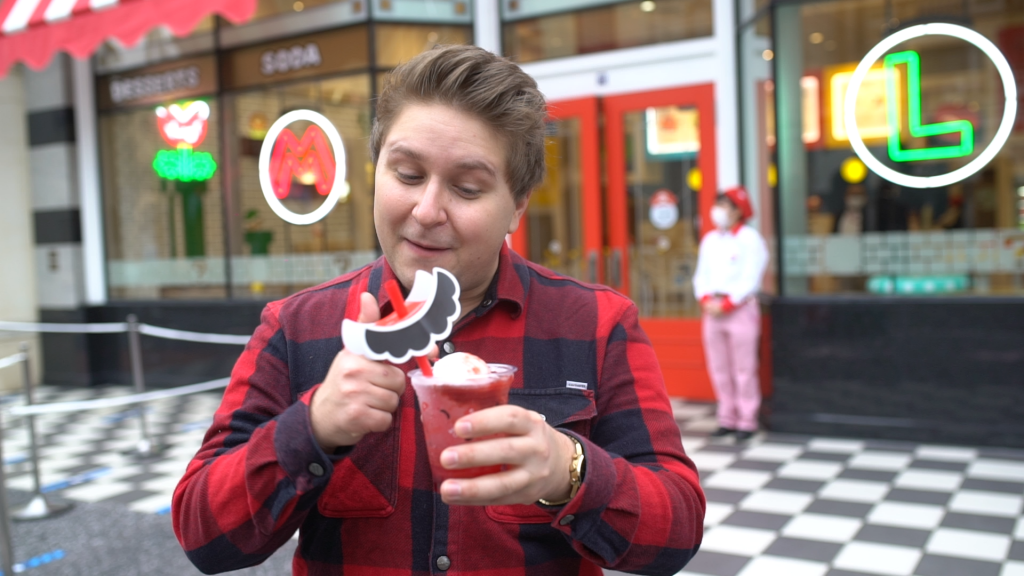 You could also watch through the glass and see the Mario chefs cooking and decorating the desserts. Try waving at them if you visit yourself! 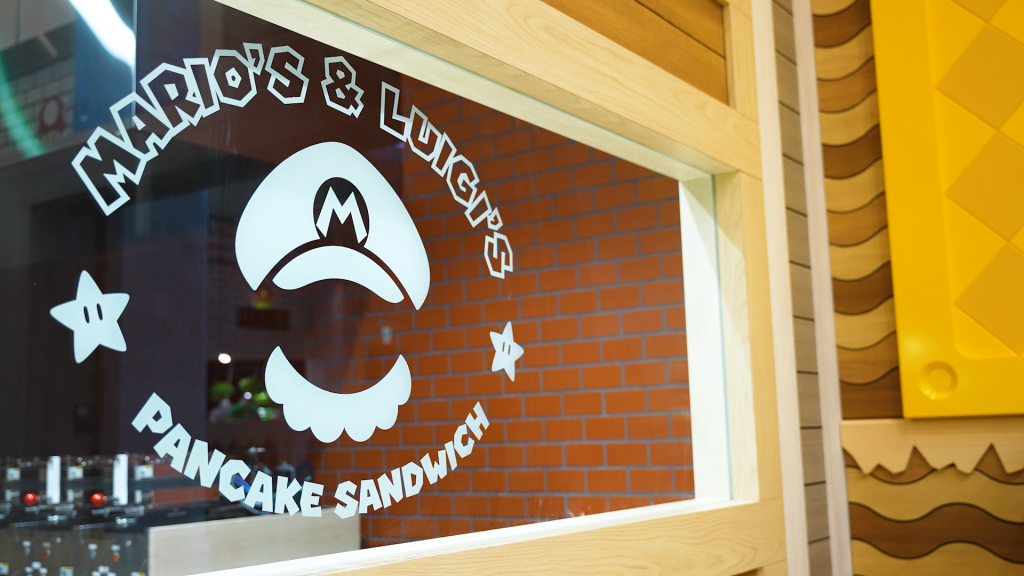 After having their fill of the cafe’s drinks and sweets they made their way next door into the gift shop. The place was absolutely packed with various Mario themed goods. Furthermore, it seemed to be divided into sections for Mario, Luigi and Peach styled merchandise. Clearly, there was everything from clothing and accessories to water bottles and pin badges. 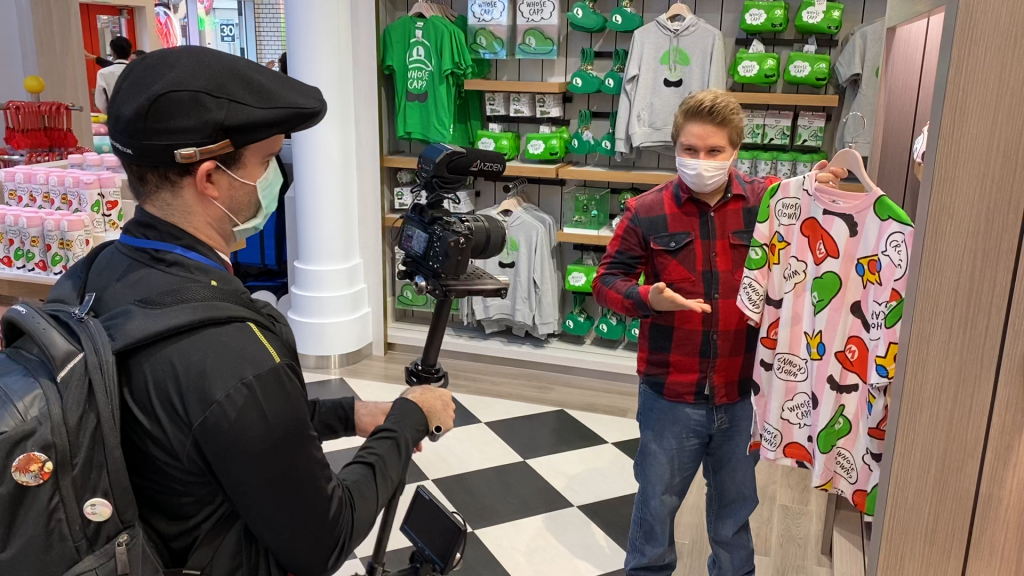 As this is the only Mario Cafe & Store in the world, every item was original and couldn’t be found anywhere else! 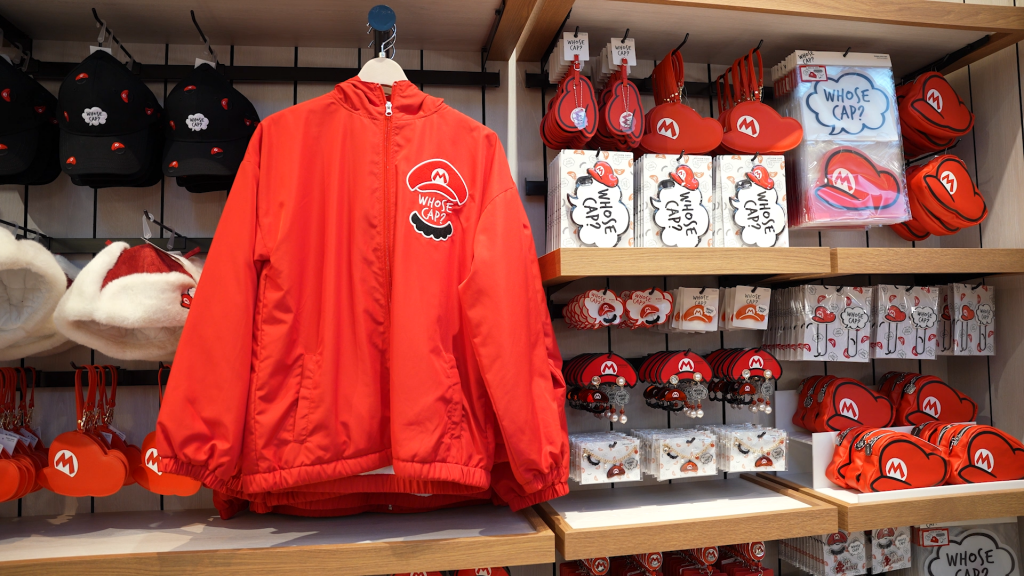 The team didn’t have long before the park would open to the public. Therefore they wrapped up their introduction and review video as fast as they could and made their way out of the park just as the first morning crowds began to enter. 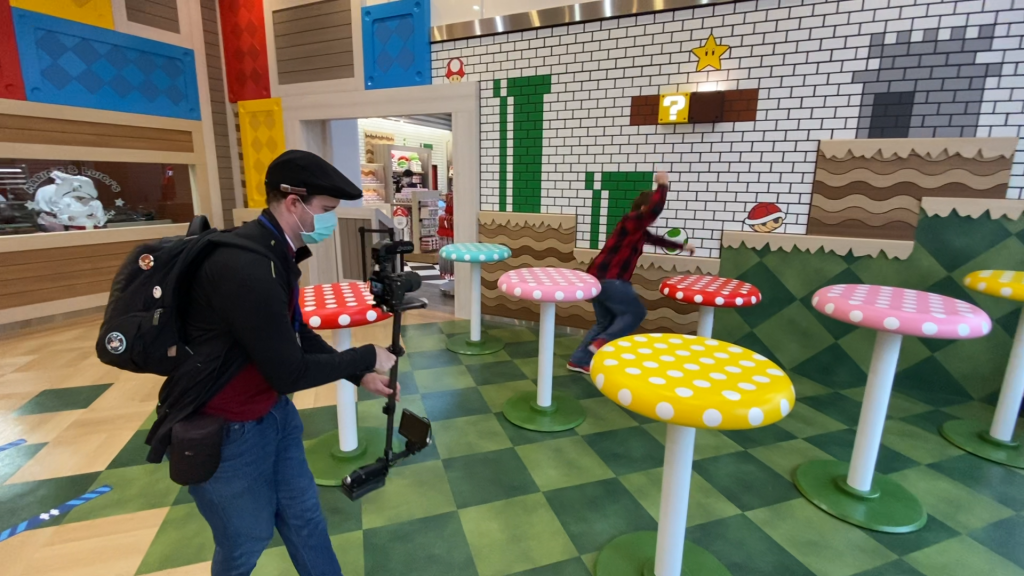 Overall it was a successful shoot and you can check out the full video here! Around Akiba is excited to be returning next year to cover Super Nintendo World! A massive theme park inside USJ with various attractions based on the Super Mario universe. 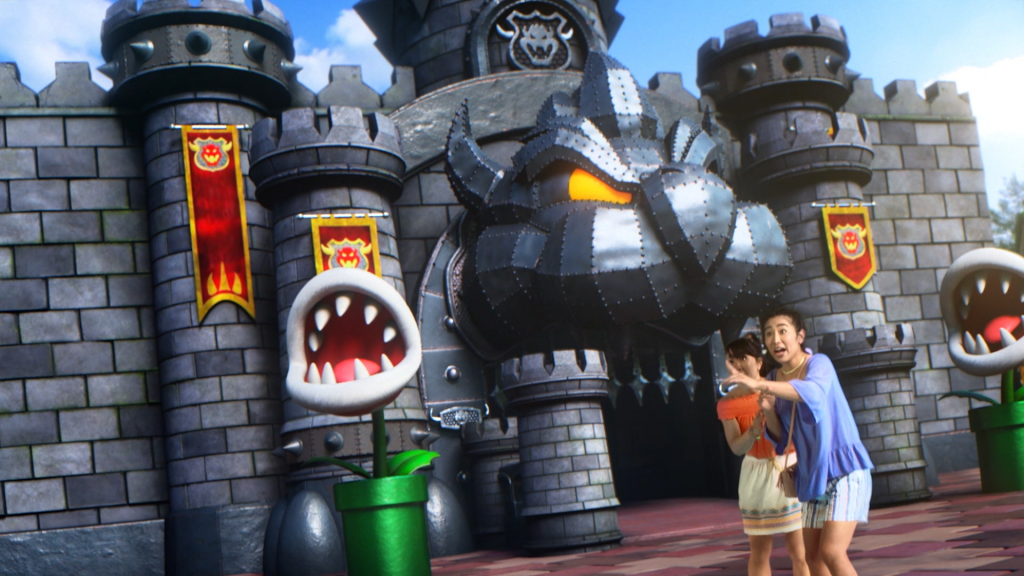 If you are a fan of Super Mario and have a chance to visit Japan in the future, we definitely recommend checking this place out.