What is a meme? Interview with lushsux! 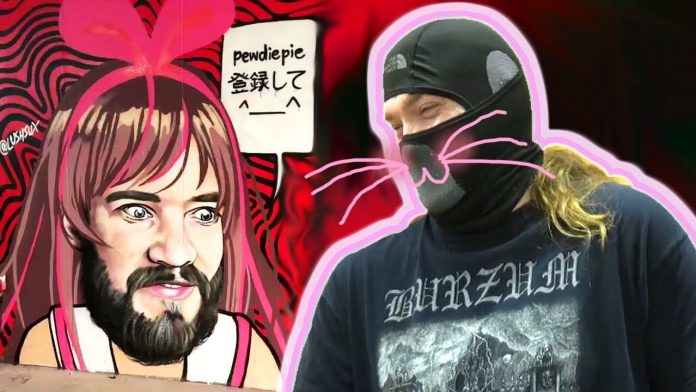 Holding his first art exhibition at Tokyo’s Nakano Broadway, we had the rare opportunity to interview legendary meme artist lushsux!

lushsux Interview – What is a meme?

While being one of the most recognizable “meme artists” of the current era, lushsux is an expert at making statements through the use of memes and art. But when it comes to the internet’s favorite medium, what exactly is a meme?

“A meme is an image, or a thought, that’s transferred between people.” lushsux explains. “It’s also something that spreads like a virus, and takes a lot of different forms.”

And while this is lushsux’ first time holding an exhibition in Tokyo, he’s no stranger to the Japanese experience.

“I used to come to Tokyo to paint stuff on the street and sleep in the internet cafes.” He tells us. “I like the manners here, everyone’s so friendly. I find that in Tokyo it’s very easy to get along with people everywhere you go.”

For those unfamiliar with lushsux or with meme culture as a whole, a lot of the art showcased at the event might seem bizarre or even abstract. But, according to lushsux himself, that may be exactly what makes them good.

“The best memes, in my opinion, are the ones that make absolutely no sense.” Lush tells us. “The ones that you look at and think, ‘how is that a meme?’ are usually my favorite.”

Lushsux’ memes also range in a wide variety of categories, from political to complete ridiculous. But through the myriad of memes lushsux paints around the world, which would he describe as the most difficult?

“The portraits are definitely the most difficult ones.” He reveals to us. “When I was painting at a studio in Tokyo, I was doing a self-portrait piece, and the owner approached me and asked, ‘is that Donald Trump?’ The cartoon or anime pieces are a lot simpler, so I prefer doing those.”

For those within the meme community, it’s clear that anime plays a massive role in many, many memes. But even aside from its role in meme culture, what does lushsux think about anime and Japan as a whole?

“I love anime, I used to watch Neon Genesis Evangelion religiously back in Australia.” He tells us. “And Japan is also very creative and has a great sense of humor.”

To see the full interview (and to see who lushsux would choose as his waifu!), click here!