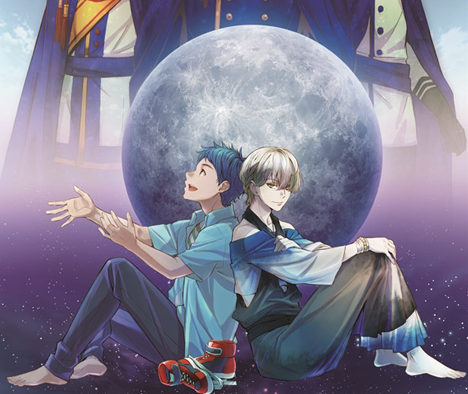 Event Report: King of Prism by PrettyRhythm Debuts at LA-AFF

King of Prism by PrettyRhythm, a 2016 cult animated film produced by Tatsunoko Production, debuted for North American audiences at the Los Angeles Anime Film Festival (LA-AFF) on September 16. For this premiere, director Masakazu Hishida and Avex Pictures producer, Hiroko Nishi, attended the screening. Curious new viewers and die-hard fans who showed their support through itabags and cosplay flocked to the festival for King of Prism.

Before the screening, the director and producer took photos and mingled with fans in the lobby.

All attendees of the screening received a free King of Prism poster upon entering the theater.

One of the movie’s most notable features is its cheering style screenings in which fans bring goods and light sticks to cheer for the characters as if it were a live concert. The video above is an example of what you can expect from seeing King of Prism in Japan. Unlike most movies where talking in the theater will probably get you in trouble, the audience is encouraged to call out to characters and respond to what’s happening in the storyline. It is even acceptable to cosplay to screenings of the movie. King of Prism has been well received in Japan, continually drawing fans back to the theaters. Its popularity has kept it showing in Japan for months at a time.

Let’s learn how to have fun at the “King of Prism” cheering style screening w/ Risa & Taka from @cherryjellyp https://t.co/P3BPz66kWy

Though some attendees were without light sticks of their own, generous fans shared extras they brought along for everyone to enjoy cheering.

Before the King of Prism’s LAAFF premier, the director gave a small talk about cheering. He explained how different colors represented each character and demonstrated the colors of the main characters with his light stick. Though he showed the audience some of the set colors, he encouraged the fans to cheer freely.

A fair amount of viewers had seen King of Prism in Japanese theaters, so there was a mixture of cheering in both Japanese and English. Beside the seasoned few calling out set phrases from the Japanese screenings, there was plenty of laughing and shouting from new fans of the series. The director himself was surprised at the similarity of the cheering, as he tweeted:

“What’s strange is that cheering in Japan and LA were the same. It seems there were a lot of people who’ve seen it in Japan.”

After the premiere, the director and producer took questions from the audience. Many of the questions revolved around whether King of Prism and the Pretty Rhythm series would be localized. They responded that it depended on the demand for the series.

Audience members also asked more playful questions like do prism stars exist in the USA. The director confirmed that there are prism stars all over the world. Some viewers were also curious as to who the director’s and producer’s favorite characters were. The two responded, Kazuki Nishina and Shin Ichijō, respectively. The director stated that he is interested in adding mascot characters, similar to those seen in Pretty Rhythm, for the prism boys in the future.

When Q&A finished, fans were invited to line up to have their posters signed by the director and producer.

All those attending appeared to enjoy the film. Masakazu Hishida and Hiroko Nishi expressed a desire in returning to LAAFF next year to present the second installment of King of Prism, Pride the Hero if there is demand.

Rydgen Inc. and Azoland Pictures hosted the first ever LA-AFF this year at LA LIVE from September 15 to 17. North America’s largest anime film festival, LA-AFF celebrated anime’s 100 year anniversary since its birth in Japan through weekend-long screenings of anime movies ranging from classics like Kiki’s Delivery Service to budding hits like No Game No Life: Zero. 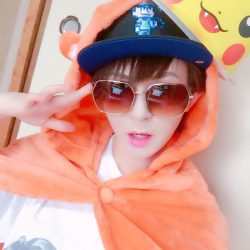