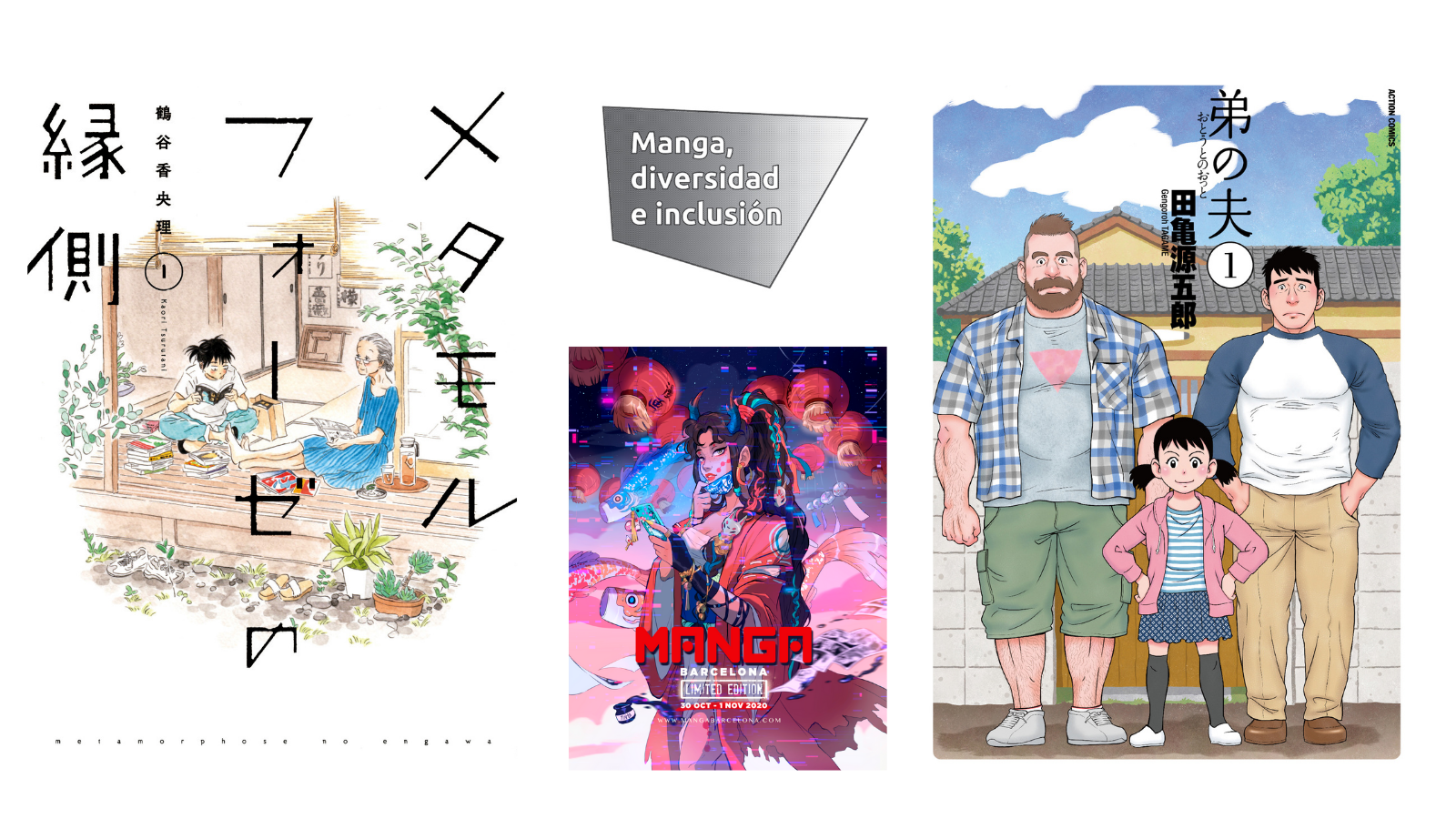 The Japan Media Arts Festival Overseas Promotion (organized by the Agency for Cultural Affairs, Government of Japan) will participate in Manga Barcelona, which will be held online beginning October 30 (Friday), and open a special website on October 29 (Thursday), 3:00 PM (JST), with the theme of “Manga, diversidad e inclusión” (Manga, diversity and inclusion).

Manga Barcelona, Spain’s largest manga festival, will be held this year as an online-only “Limited Edition.”

Barcelona-based manga researcher and translator Marc BERNABÉ is the project director for this special site that will introduce six titles that display the diversity of Japanese manga with a focus on a special exhibition of TSURUTANI Kaori’s “Metamorphose no engawa (BL Metamorphosis)”, winner of the Manga Division New Face Award at the 22nd Japan Media Arts Festival. Q&A sessions and live drawings with popular manga artists whose work is featured in the exhibit will also be held as online events.

The special exhibition of TSURUTANI Kaori’s “BL Metamorphosis” will feature original drawings created for this exhibit as well as videos of their creation. Character sketches, rough layouts, and more will also be showcased.

Here you can find a list of five titles that are award winners or jury selections from the Manga Division of the Japan Media Arts Festival that will be at the exhibit.

There will also be online talk events by popular manga authors (TSURUTANI Kaori and TAGAME Gengoroh). These will delve into the creative perspectives used when making manga.

October 30 (Friday)
◼ Interview with TSURUTANI Kaori / 8:00 PM – 8:17 PM (JST)
An interview with TSURUTANI Kaori, author of “BL Metamorphosis”, which has also been announced for publication in Spain. In this interview, TSURUTANI will be asked about the inspiration for her heartwarming manga, which was her debut, her thoughts on the many awards she’s won, and more.
Interviewer: Marc BERNABÉ
Language: Japanese (English and Spanish subtitles)

November 1 (Sunday)
◼Q&A with TAGAME Gengoroh / 8:00 PM – 9:00 PM (JST)
A Q&A session with TAGAME Gengoroh, a manga artist popular around the world. During this session, he will answer various questions from Spanish readers.
Moderator: Marc BERNABÉ
Language: Japanese and Spanish