Sangatsu no Lion Season 2, Episode 17 Review: So Many Sashes 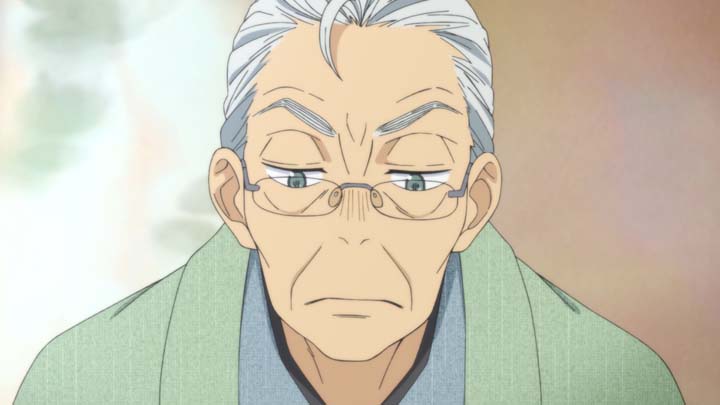 Every athlete knows that the day will come where they have to hang up their boots. In this week’s episode of Sangatsu no Lion, we were shown that in shogi, as in sport, you cannot hope to hold on forever.

Saku is another of this show’s sympathetic opponents. He’s not a bad person, like Gotou, rather, he simply wants to keep playing for as long as possible. In previous episodes, we’ve seen players that hold onto their ranks and titles for personal glory but Saku feels like an inversion of this – he carries on so that his friends, rivals, and associates can live vicariously through him.

Unlike Rei, Shimada is not the kind of person to be swayed by pity. In episode 17, he shows just how fearsome a player he is, swiftly responding to unorthodox moves and formulating counter-strategies that eventually give him the upper hand. Of course, we’ll have to wait until next week to see who wins, but the result seemed all but decided by this episode’s climax.

Relegated, or simply waiting to pounce?

Rei and Nikaido spent this episode covering the match and explaining the moves each player made. Usually, it’s rare to see a show’s main characters swept aside like this but Sangatsu no Lion does this fairly often. It’s an interesting way of allowing the audience to know the supporting cast without slowing the pacing down too much.

Both Rei and Nikaido have important games coming up soon and it’s almost certain that they’re both paying close attention to the moves Shimada and Saku make. Each of these players has over a decade of experience, and Saku, in particular, has won more sashes than he could ever wear. It’s possible that one of the younger players will utilize one of Saku’s unusual moves at a pivotal moment in the near future.

Meandering with a purpose

While Sangatsu rarely moves at a breakneck pace, it manages to avoid becoming boring thanks to the colorful metaphors it uses, and the gorgeous animation which punctuates the show’s slower scenes. In particular, episode 17 saw a stark black and white scene wherein Saku was almost entirely enveloped under the weight of his friends’ expectations. There’s no time for set pieces like this in most shows, and it’s this contemplative pacing that makes it such a delight to watch each week.

Whoever wins this game, no dreams will be crushed. Shimada stands to benefit greatly, but Saku has had an illustrious career and there’s no guarantee he’ll quit after this one defeat. Shimada, however, will surely have some tactics and strategies to share with his young protégés, should he win, that could take them to the top of their game.