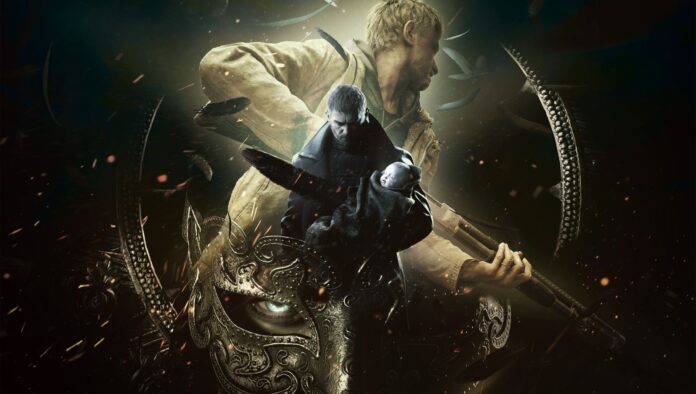 The story revolving around Ethan Winters and his wife Mia starts a few years after the horrible events of Resident Evil 7 Biohazard. The couple is trying to live a peaceful, domestic life until BSSA-Captain Chris Redfield breaks into their home and kidnaps their daughter. In order to get her back, Ethan has to go through hell once more, more specifically a decrepit village in eastern Europe.

The village and the castle

“A village dominated by horror and madness” alongside a medieval castle are the main locations of the game. Throughout the story you will be able to access more and more areas, collecting items and currency. As always equipment and weapons play an important part in this Ego-shooter, so gear up at “The Duke’s”.

Within the castle resides Lady Dimitrescu with her daughters. The villagers live in fear of the supposed horrors hidden within the old stone walls.

With around 6-8 hours of playtime for the main story Resident Evil Village is a little longer than its predecessor. The game will be released for PlayStation 4 and 5, X Box Series X and One and PC, retailing at about 60$. There are different Collector’s or Deluxe Editions available as well.