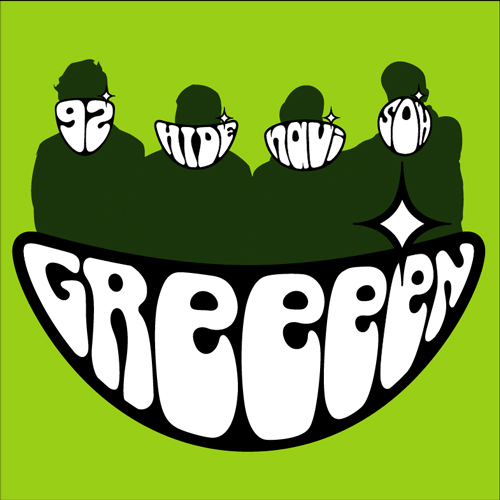 GReeeeN, an all-vocal group made up of singers HIDE, navi, 92 (Kuni), and SOH, is among one of the most well-known bands in the Japanese music scene. HIDE, navi, 92, and SOH met each other in the Ohu University’s dental department. Their first single, Michi, debuted on January 24, 2007. Their most recent single, Tetote to Tentoten (テトテとテントテン) with whiteeeen hit stores on May 24th.

Why should you check them out?

Unlike most bands, GReeeeN does things a little differently. First off, the group hides their identities because they wish to continue to their dental profession despite their love of singing. So, to sustain their medical practices, they have not publicly shown their face. In fact, their band logo, smiling teeth, is an homage to their profession.  Furthermore, their songs have a track record of reaching within the top ten of the Oricon music charts. Since June 2009, their single Kiseki (Miracle) has held the Guinness world record for best-selling digitally downloaded single to this day after reaching over two million downloads.

GReeeeN sound strikes a balance between ballads and pop rock melodies. Their voices have a naivety, youthful sound that can appeal to all ages.  No matter the song, the lyrics have a heartfelt message in them as they sing about happy and challenging moments in life that we all have. If you need a pick-me-up, this is the group to check out. Their positive and heartfelt messages permeate each song.

Not sure where to start? Here are some recommendations:

Starting this summer, GReeeeN will hold their 5th countrywide tour. If you live in Japan, hurry now to pre-order a lottery ticket. Most locations have ended the sales, but a few remain open!: Check out Ticket Pia for more information: http://t.pia.jp/pia/event/event.do?eventBundleCd=b1763261  (Japanese)

As mentioned earlier, GReeeeN released a new single last month called Tetote to Tentoten (テトテとテントテン) with whiteeeen, a girls group produced by GReeeeN. GReeeeN chose the girls in the group  chosen for their “pure and transparent tone.” Thus their name is a combination of “white and teen.” It’s an excellent single combining the veterans with their trainees.

In January 2017, GReeeeN released their ten-year anniversary album, ALL SINGLeeeS & New Beginning, For a long time GReeeeN fans, such as myself, this album is certainly a needed addition to the music collection since it features all their singles in a three-disc set.

How to stay updated:

If you enjoy GReeeeN’s music, be sure to keep up with them on their app and other social media sites. There you can stay up to date on their tour dates and other events.