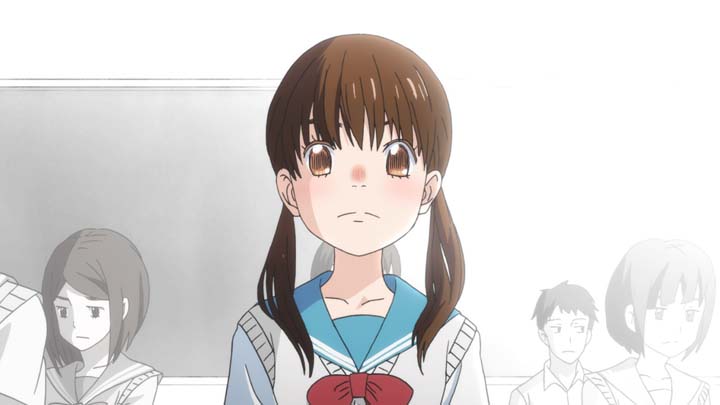 Sangatsu no Lion’s second season has been off to a fairly slow start. Its sixth episode tries to reclaim the narrative pacing of the first season by tying three loose ends together, namely Rei’s lack of ambition, Hina’s bullying problem, and Takahashi’s involvement in the two’s lives.

Everyone could use a holiday

Rei seems to have accepted that there are things outside of his control and focuses his attention on making Hina feel better by teaching her how to play shogi. Interestingly, money still seems to be the motivation for winning the upcoming tournaments. This could mean that he has other plans than initially intended for the prize money, can we daresay a trip? Sangatsu no Lion isn’t the kind of show to have a beach episode but to be honest, almost every member of its central cast could use a holiday.

Hina’s classmates have stepped up their bullying, but she now has an ally in Takahashi. He’s an interesting character; he appears to be using Hina as an excuse to get closer to Rei, but that doesn’t explain why he’d spend his lunchtimes with her. Maybe there’s more here than meets the eye, after all, shared hardship can create strong bonds between people.

This episode serves the teacher who initially dismissed Chiho’s bullying as harmless fun a dose of cold reality at the end of this episode. It’s one thing to deny rumors or idle talk, but it’s another thing entirely when bullying actually begins to impact the flow of a lesson. There are two ways that Hina’s after-class talk could go: either the teacher asks for more information on the bullies or she turns on Hina. Obviously, the first option is preferable, but the second would likely cause Rei to do something rash like confronting the bullies himself.

Bullying is a serious issue

But, in the show, bullying acts as a relatively weak as a subplot because after a while the bullies either stop or the victim is removed from the situation. 2016’s A Silent Voice addressed this particularly well, but since Sangatsu no Lion has to tell a complicated, multi-narrative story in 20-minute bursts, the impact is dampened somewhat.

Rei has several tournaments coming up, and he has to do well to build momentum for his comeback. He resolved to train hard at the end of this episode, which tells the audience two things: the following episodes will probably put the emphasis back on shogi, and it’s likely we’ll see some more developments in Rei and Nikaido’s relationship.

In many ways, episode six was a breath of fresh air. The preceding episodes were very gloomy, and the characters all felt trapped in their ways. Now, they have all made some progress towards resolving their issues and the real heart of the series, the dynamic between rival shogi players, can be put back to the forefront of the story.