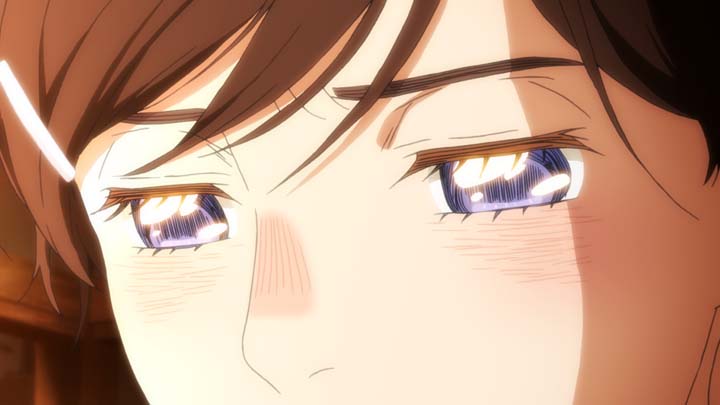 For all Rei’s progress in recent weeks, it appears he may be moving in an unhealthy direction. Episode five elaborates on his plan to save Hina from bullies and shed some light on Akari’s troubles as her family’s matriarch.

Rei has a brilliant mind, that much isn’t in question.

However, he’s been focusing less on shogi recently and has instead turned his attention to Hina and her family. This episode shows that he is prepared to spend millions of yen on private tutors should Hina quit school. Of course, to get this money, he has to win every single game he plays.

The problem is that Rei is known for being a cold and calculating shogi player. With such high stakes, it’s far more likely he’d be more aggressive than usual, possibly even costing him the match. In this case, Hina’s family, who are already struggling financially, could be left indebted to tutors and in an even worse position than before. Rei needs to learn to accept that there are some things he cannot change and out of his control.

Unsurprisingly, when Akari’s mother passed away, Akari had trouble adapting to her new responsibilities. Characterization is one of the things that Sangatsu no Lion has always done well, so it’s surprising that it’s taken this long to get a glimpse into Akari’s mind. With the primary focus of each episode on Rei and shogi, it’s easy to forget that Akari is essentially a single, working guardian to her two young sisters. Akari seems ashamed of her initial reaction to becoming a caregiver and doesn’t seem to realize that she has one of the most challenging jobs in the entire show.

The one real winner in this episode is Nikaido.

He’s finally given a chance to hang out with Rei, even if it’s only for private shogi practice. Despite his flights of fantasy, he’s a very rational person and may be the only one able to talk some sense into Rei. After all, if Rei doesn’t get his head in the game soon, he’s going to find himself outclassed by his rivals and without shogi, Rei doesn’t have any source of income, any hobbies, or any real socialization other than Akari and her sisters.

That said, Rei’s heart is in the right place, he just has realized when he’s taking something too far. After all, the money he’d spend on private tutors could be far better used elsewhere, and it’s unlikely Akari would even allow him to contribute in this way due to her pride. Rei is not a burden, no matter how much he believes he is, and when he realizes this, he’ll be a happier, more rounded character.