Battery the Animation: Making Viewers Uncomfortable (and That’s the Point) 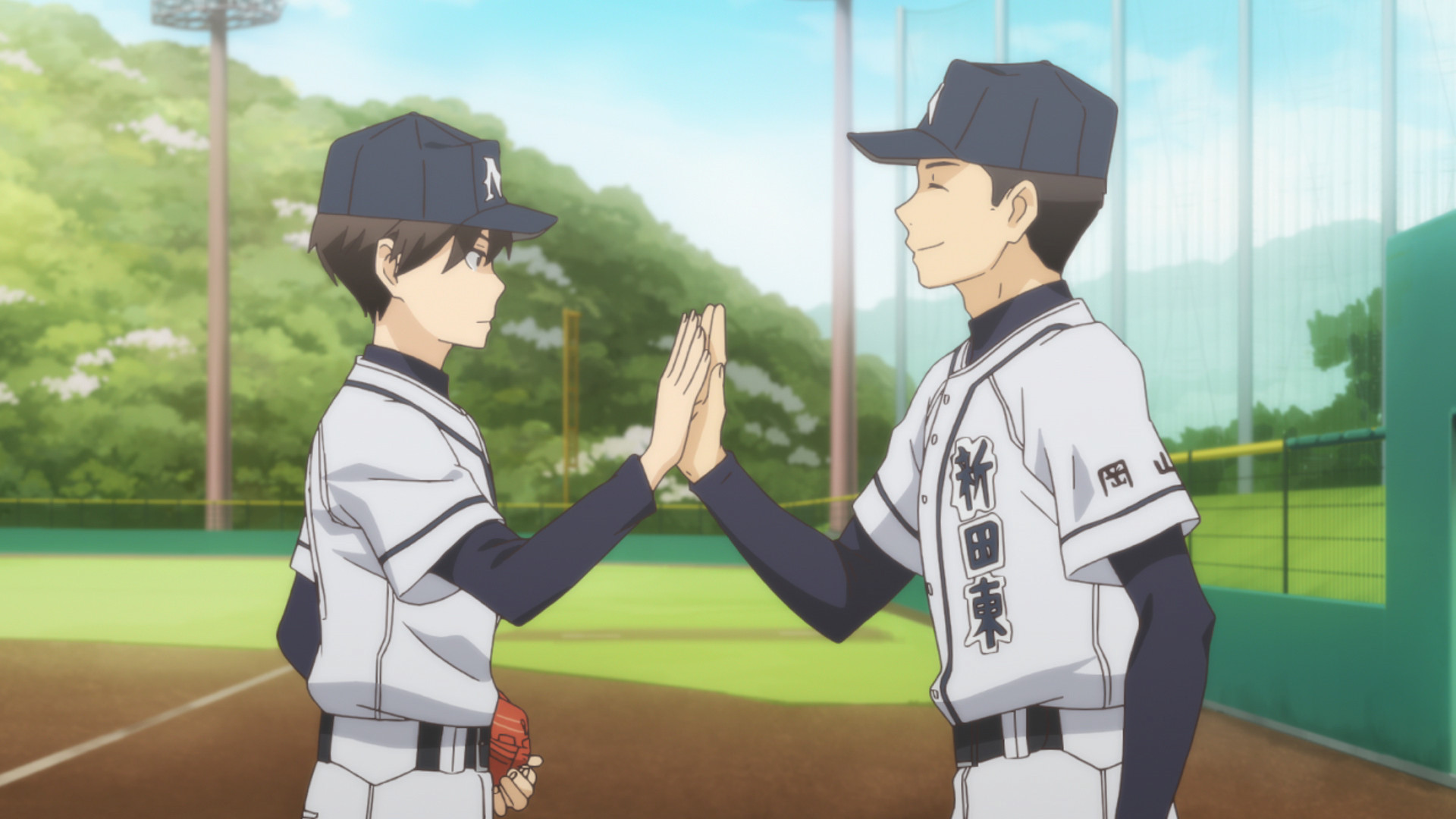 Battery passed quietly, unloved by critics and shrugged off by fans

Adapted from a successful light novel series of the same name, Battery is the most recently released mainstream baseball anime, finishing its 11-episode run in 2016. Unlike other modern favorites, however, Battery passed quietly, unloved by critics and shrugged off by fans who found the show too slow and depressing. While these criticisms hold merit when compared to faster and brighter contemporaries, Battery’s nuanced themes and gorgeous art make up for its lumbering pace. With Battery, we get not a lighthearted baseball/slice-of-life crossover like Oofuri or Cross Game, nor a straight sports shounen like Ace of Diamond, but an original look at the struggles of an incompatible pair forced together by their talents on the diamond.

Our hero Harada Takumi fancies himself a baseball savant, and while no one can match his pitching talent, his self-centeredness bothers his friends, family, and middle-school teammates to the point of isolating the young pitcher. Harada’s battery mate and best friend Gou Nakagura tolerates his arrogance for the sake of the team, but even his normally cheerful demeanor occasionally disintegrates in front of Harada’s arrogance. Gou and Harada cleanly set up the typical altruism/narcissism trope we see in many shows.

Except Battery isn’t a typical show.

Instead of the formulaic plot points and predictable dialogue we get from other baseball anime, Battery presents a complicated and painful view of growing up as an outsider. The plot wanders in many directions because our hero doesn’t set a concrete goal. No character develops into a true antagonist. Few anime tropes appear because none of the characters fit into traditional archetypes. Though Battery looks little like a typical sports anime, its themes stand out amongst the strongest a sports anime has to offer.

One of these themes is battery, itself; not the baseball definition, but the legal one of unwanted physical contact. Harada doesn’t tolerate touch from anyone. He swings his elbow at anyone who puts a hand on his shoulder, even at his mother, who sulks at her inability to touch her son. Harada’s grandfather passes this off as a pitcher trying to protect his arm but also understands more than anyone that Harada can’t empathize with anyone.

This doesn’t stop people from putting their hands on him, however. His coach introduces himself by grabbing Harada’s hand without permission and later grabs his hair and orders him to cut it. Harada’s senpai then whips him with a belt when he doesn’t comply with his coaches orders. Even Gou chokes him in one episode and punches him in another, defending his honor despite Harada’s silent insistence on protecting the people he loves. Though Battery is a show about baseball, the battery discussed goes beyond the space between the mound and home plate, giving this show a depth rarely seen in sports dramas.

The show also emphasizes emotional honesty as a core theme.

Battery’s only subplot finds two rival baseball players heading towards a potentially romantic relationship that’s just as incompatible as Harada and Gou’s friendship. But where Gou and Harada strengthen their bond by venturing into uncomfortable territory, Shuugo and Shunji break apart on bad terms when both refuse to face their sexuality. Even when contemporary shows like Yuri!!! on Ice normalize homosexuality, that Battery addresses the stress of closeted teens with such pessimism gives it a credibility in the LGBT+ world that even the gayest of yaoi could hardly achieve.

The show’s most challenging theme, however, is depression.

Harada’s coach doesn’t see himself as a confident leader, but as a lost adult often deferring responsibility to his oldest students when the pressure of coaching becomes too heavy. Harada’s mom sinks into sadness while dealing with her sick younger son and her ungrateful first born. The characters’ melancholy even bleeds into the artwork, which foregoes the bright color palate seen in most baseball anime for an earthy and autumnal feel. The show’s mechanics, from its slow pace to its light orchestral score, to its hazy dusks and cold sunrises, frames the rural town through a depressive lens. That the creators tried this at all shows courage, and that it succeeds testifies to their beautiful vision.

Despite the show’s beauty and wisdom, it’s easy to see why Battery didn’t find an audience.

Baseball fans might find it hard to like when there isn’t much baseball played. The super gay subplot is tender and real, but also too quiet for the fujoshi crowd. Even slice-of-live fans might find it unsatisfying since the show ends right as Harada and Gou’s relationship becomes interesting. And while the series’s ending doesn’t nearly satisfy, anyone who stays patient enough to the finish won’t write it off as poorly organized, but too short for the weight it carries.

Battery counterbalances the unrealistically carefree attitudes we see in most sports anime with a delicate examination of relationships, emotional honesty, physical contact, and clinical depression. All of this might seem heavy for a show about middle school baseball players until you realize what middle school was like for most people. If Battery touches you in any way, it will probably make you feel uncomfortable, and that’s the point.