Zombie Land Saga Episode 1 Review: What Is This?!

I have never, ever seen a show quite like Zombie Land Saga. In fact, after finishing the first episode, my partner remarked that she hadn’t seen the look on my face since I first saw Attack on Titan back in 2014. Let’s jump right in as I try – desperately – to explain what Zombie Land Saga is all about.

Zombies, but not as we know them

The show follows a high school girl named Sakura, who wants to join a famous idol group. However, moments into episode one, she’s killed by a van. After waking up in a spooky house, a man appears and tells her that she, like the rest of the zombies in the building, will be idols who’ll change the world.

Zombie Land Saga is a show that wears its inspirations on its sleeve. From the Resident Evil-style mansion to the dog named Romero, this anime lovingly pokes fun at the tropes and plotlines we’ve come to expect from traditional zombie movies. 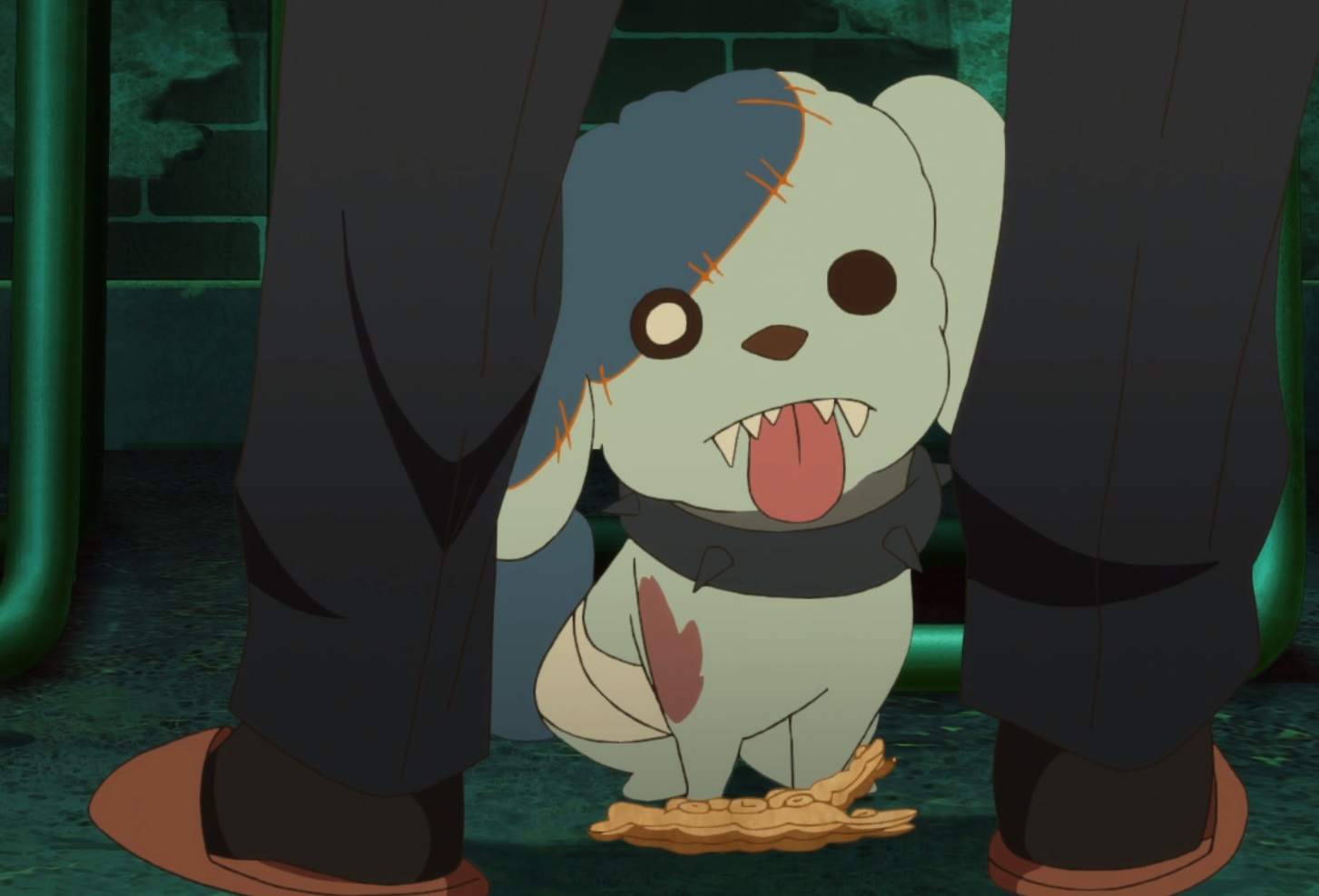 The rapid plot progression does leave several questions unanswered, though. Who exactly is Kotaro, the band’s manager? Why was Sakura chosen to join? And, most importantly, why do zombies involuntarily headbang when they hear metal music? That’s not a joke, by the way: the episode’s final moments manage to be both hilarious, and a little unsettling.

As expected from the studio that brought us Yuri!! On ICE, MAPPA have done a fantastic job with this show’s animation. It expertly captures the fluid movements of an idol performance, but isn’t afraid to highlight the slow, creaking way that zombies move around. Some of the first episode’s best animation actually only lasts a second or so, for instance, when one of the zombies runs headlong into a wall and contorts themselves back into a standing position.

Each of the cast have their own distinct personalities, although as yet, we’ve only really been introduced to one of the idols. From the aloof Kotaro who enjoys shouting random English words, to the especially bitey Tae, the cast is a mishmash of characters from different eras, backgrounds, and occupations. This is sure to cause some friction when they all “wake up” and are able to communicate properly.

Is Zombie Land Saga Worth Watching?