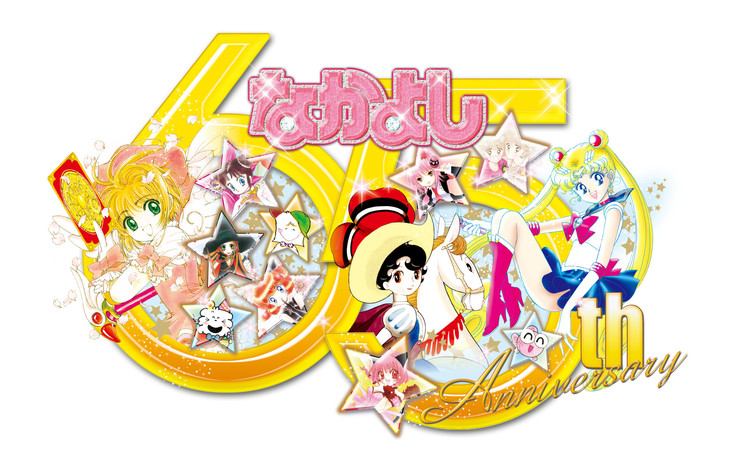 Kodansha’s long-running monthly shoujo magazine Nakayoshi will be having an art exhibition this fall at the Yayoi Museum to celebrate its upcoming 65th anniversary in January 2020. 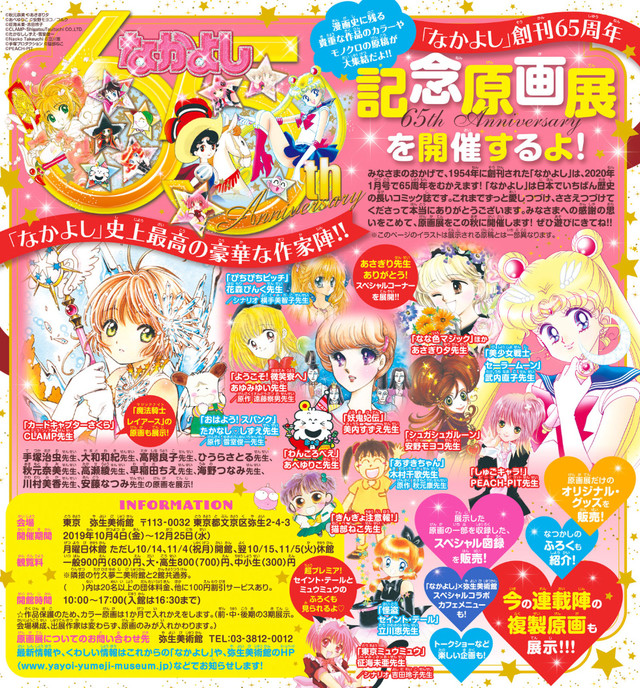 There will also be a mourning area to pay respects for the late Asagiri Yu, who passed away in 2018.

In addition to artwork, the exhibition will display nostalgic furoku (Gifts that are included in magazines) from series such as Tachikawa Megumi’s Saint Tail and Reiko Yoshida/Ikumi Mia’s Tokyo Mew Mew. Nakayoshi’s current serializations such as Kamikita Futago/Todo Izumi’s Pretty Cure will be on display as well.

A special illustration book containing the artwork from this exhibition will be available for purchase in September this year.

Nakayoshi is a monthly shoujo manga magazine published by Kodansha. It is one of the best-selling shoujo manga magazines in Japan having sold over 400 million copies since its first issue published in December 1954. Its main demographic is girls of age 8-14. It is well-known for publishing some of the most famous shoujo manga works in modern times such as Sailor Moon and Pretty Cure.